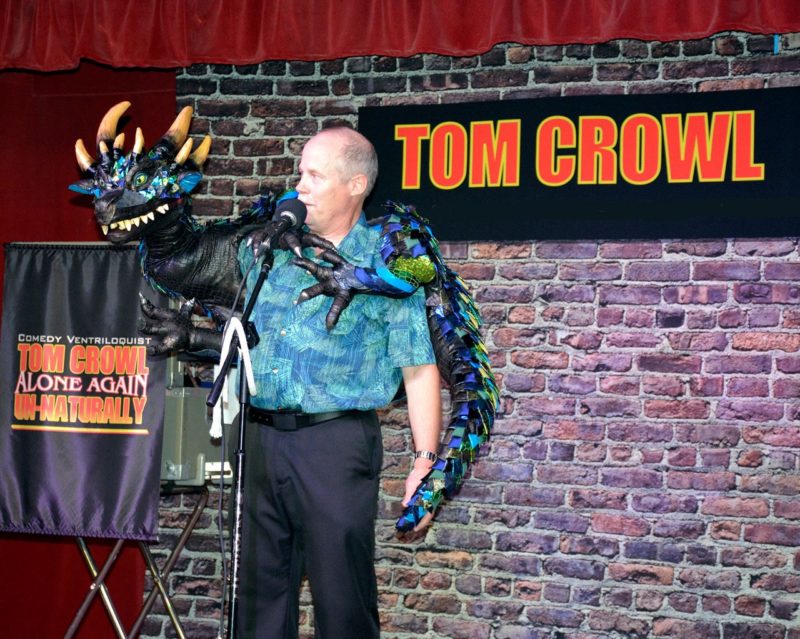 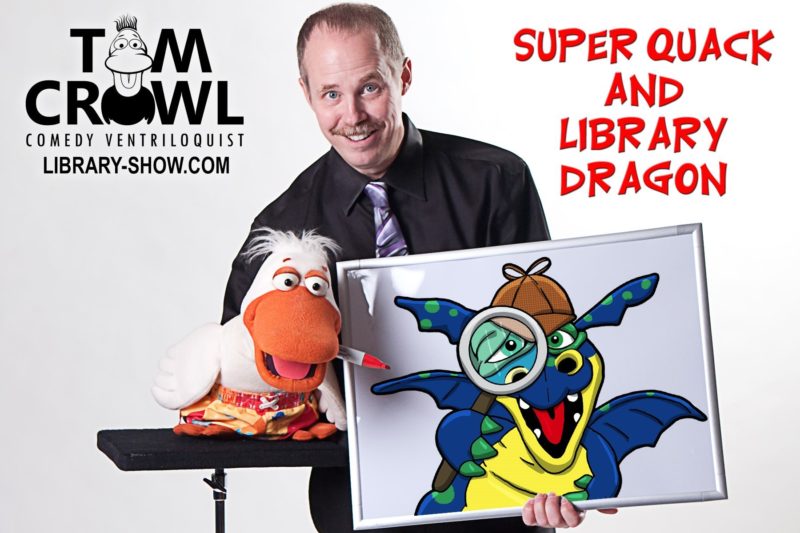 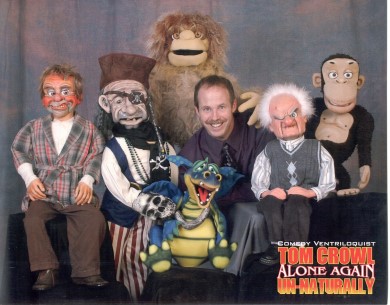 Book Ventriloquist Tom Crowl, a high-energy comedian, and ventriloquist who brings almost 30 years of professional entertainment experience into each new performance. A rare talent, Tom is often recognized from his appearance on NBC’s Last Comic Standing as well as his performances at corporate events, associations, theaters and resorts around the world.

Through the years, Tom has had the pleasure of working within a vast range of environments and has entertained crowds of fans from every walk of life.

Prior to launching his solo act, which frequently accompanies imaginary performance partners and a hilarity of unexpected comebacks, Tom spent 14 years performing as a duo with his wife, Dierdre. Their immediate spark and natural rapport made the pair a sought-after act around the world at fairs and festivals, promotional and corporate events, and schools and colleges.

Tom has been the featured opener for recognized celebrities and high-profile acts including The Drifters, Chubby Checkers, Rodney Atkins, The Marvellettes and The Diamonds. He’s been the preferred performer for events hosted by Coca-Cola, Armstrong, Oxy Permian, the National Association of Postal Supervisors and the Strathmore Foundation. He has also received accolades for his shows at resorts from Cancun to West Virginia and New York.

Tom Crowl is a published author of the educational book Learn Magic, and his act has been captured on DVD in Tom Crowl Alone Again Un-Naturally. Early influences include Senor Wences of Ed Sullivan fame and the comedic performances of Steve Martin and Robin Williams.

“…the way he customized our show was a real success and so funny!”

"Everyone in our group would like to see him come back. We would recommend him to anyone!"

"He kept our group in stitches..."

"He came out on stage and had the audience laughing right out of the box."

"...sometimes my crowd is hard to please, but they were blown away with Tom's performance."

"From top management down, it has been said this is one of the best Christmas parties that we've had. Thank you, thank you Tom for the wonderful time!"