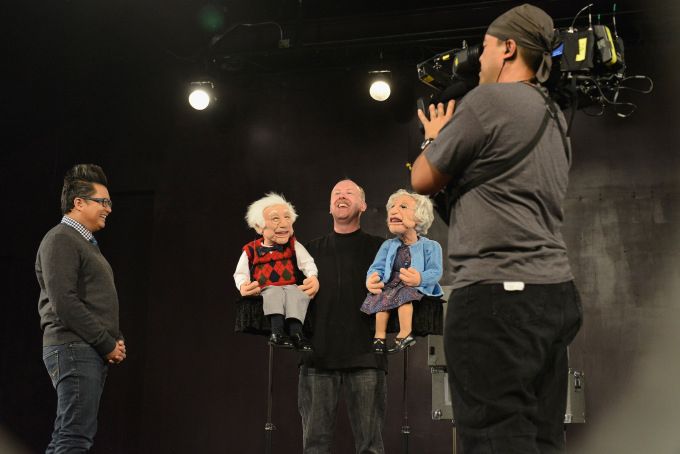 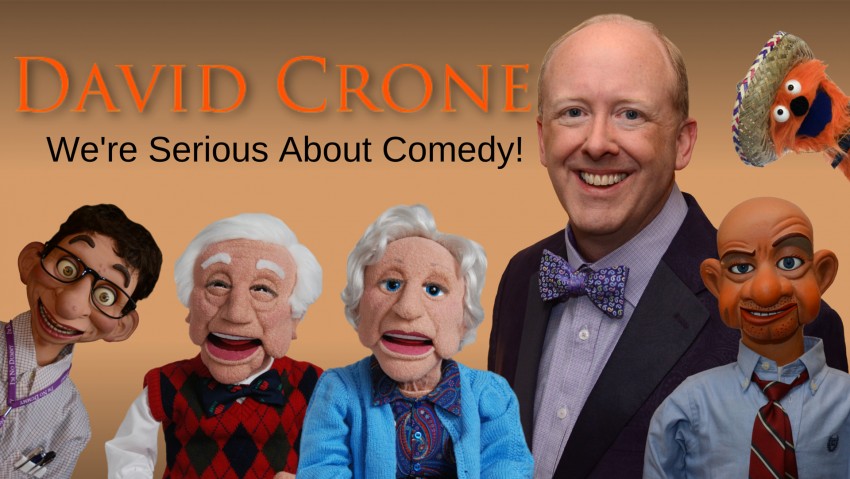 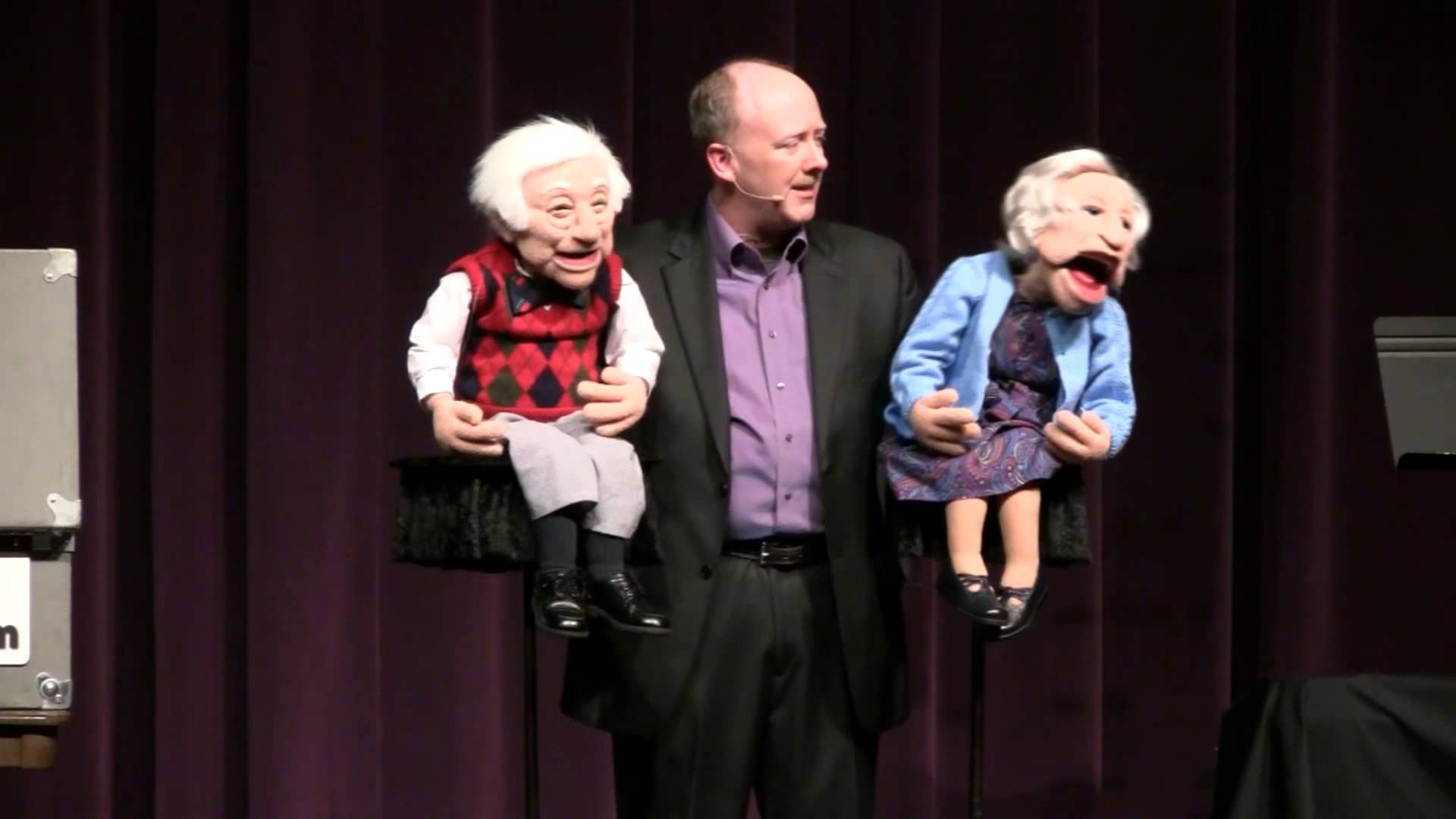 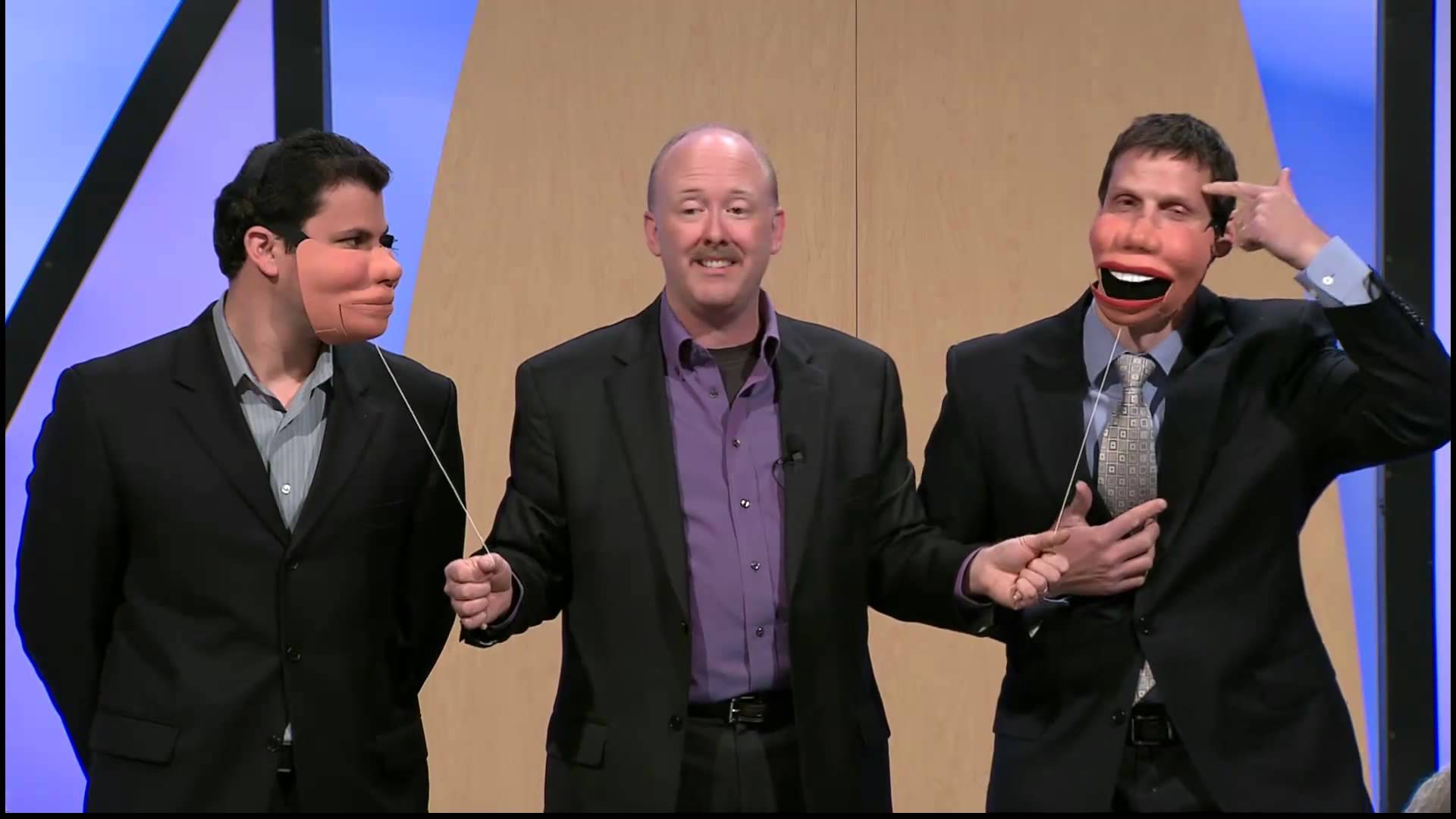 David Crone is a professional ventriloquist who has been performing onstage for more than 30 years. After discovering a magic trick in a cereal box when he was a kid, David became enchanted with illusions and entertainment.

He has honed his passion into an unforgettable interactive stage show featuring a fresh combination of comedy, ventriloquism, and magic.

With a degree in electrical engineering and a minor in theater from the University of Pittsburgh, David joined the corporate workforce as a software engineer – even before that was cool. He climbed the ranks into upper management at America Online, complete with corner office and executive assistant.

But David’s urge to have fun never escaped him. He made sure that work, for himself and his whole team, included laughter every day.

A busy performance schedule no longer allowed him to “do both”, so David left that corner office and walked to center stage.

Now, David and his Cast of Characters travel the country making corporate events unforgettable. He specializes in giving audiences side-splitting entertainment – with a message, or just for fun.

"He kept the audience involved & is truly amazing at his craft."

"I thought the guy next to me was going to pass out from laughing so hard."

"...this was the best entertainment that I have ever provided."

"Your group will be thanking you for picking such great entertainment."

“The content, the humor, the presentation...ALL of it was spot on and totally appropriate for our celebration.”

“We have never laughed so hard. Employees came into work this morning still saying it was the best entertainment we have ever had. I would highly recommend David for anyone’s corporate event. He is the BEST!!!! “