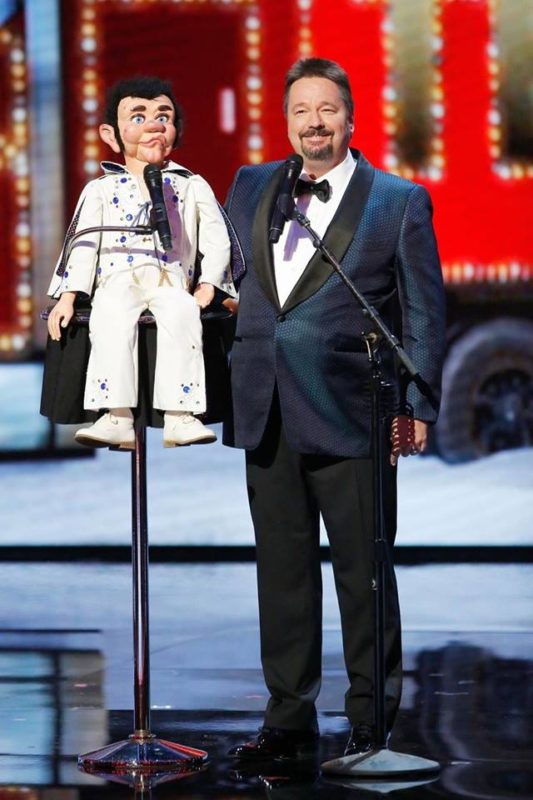 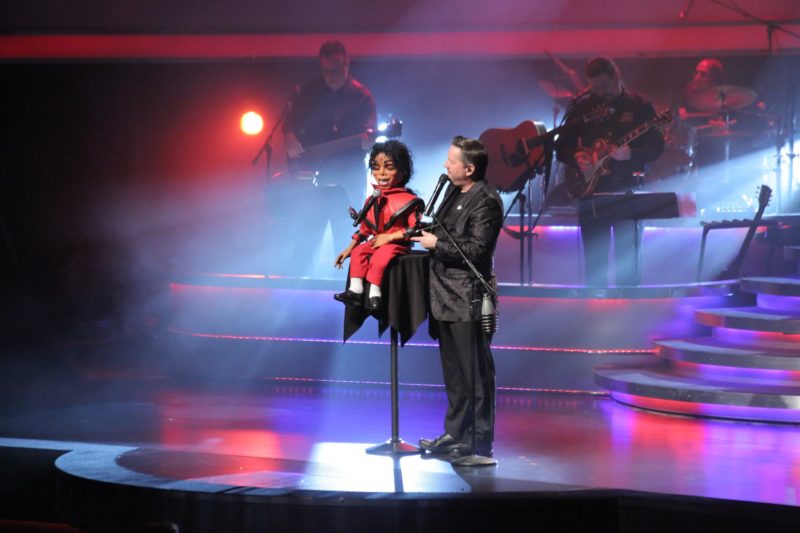 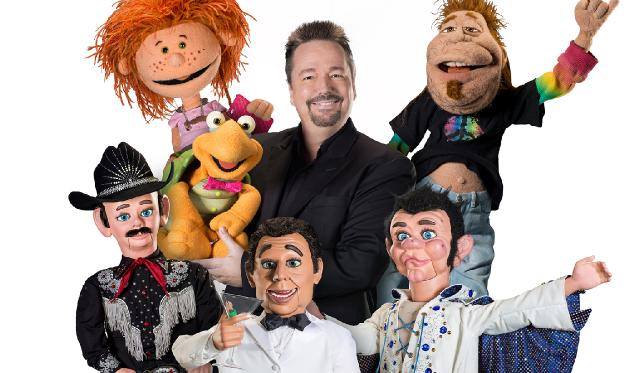 Terry Fator is a World Class Impersonator, Comedian, Singer and Ventriloquist, is a seasoned professional, who entertains all over the Country. He was named one of the top 5 “Male Entertainers of the Year” for 2006 by American Entertainment Magazine. Terry has a unique talent of making his main character Walter T. Airdale sing like national Country stars including Neal McCoy, Randy Travis, Alan Jackson, Hank Williams Sr., and Tim McGraw to name a few. One of his characters is the “World’s Worst Elvis Impersonator” who never can remember the words to his own songs, but can actually sing “Friends In Low Places” by Garth Brooks and he sounds exactly like him.

In addition to being a Master Ventriloquist and making his puppets do singing impressions without moving his lips, Terry also has an amazing singing voice which includes over 30 singing impersonations like: Roy Orbison, Elton John, Bee Gees, Elvis, Richard Marx, Tracey Chapman, Louie Armstrong, and even Kermit the Frog, plus the infamous Michael Jackson complete with all of the dance moves.

His show always involves audience participation and the highlight of his performance is when he turns a male audience member into Cher and then sings a duet as Sonny and Cher, which will have your audience rolling in the aisles.

Having performed for over 15 years, Terry has shared the stage with top performers like Reba McEntire, The Dixie Chicks, Garth Brooks, Neal McCoy, and Styx plus has performed for some of the largest Corporations including General Motors, Midas Muffler, AT&T, and has performed for both President Clinton and Bush.

Terry at the Apollo:
Show Video