Rex Havens is an accomplished keynote speaker, comedian and event emcee for corporate and special events.

For over 20 years, Rex Havens has entertained and educated audiences around the world (50 states, 15 countries and counting) with his insightful observations about the hilarious miscommunications that populate our personal lives. He offers two entertainment-based shows, “Everything I Needed to Know, I Learned From My Wife” and “Bidding You a Fond ‘I Do’“, a theater-style show. After decades of working with companies of every size in literally every industry, Rex has also created the defining presentation on how to build and maintain successful interpersonal relationships at work as well, both manager-to-employee and colleague-to-colleague: One Big Happy Family!

Rex has been delighting comedy audiences for 20 years, in world-famous comedy clubs like The Improv, Catch-A-Rising Star, Funny Bones and Zanies, on television for Showtime, Comedy Central and Comic Relief, on radio with Bob & Tom and NPR, cruise ships worldwide, and corporate clients including GM, American Express, Texaco, 3M, Coca-Cola, IBM, Toshiba, Lowe’s, Johnson & Johnson, Ameritech, Proctor & Gamble, State Farm, Quaker Oats, Verizon and the IRS (“Working for the IRS is the only sure way to get money from them.”), and numerous non-profit and charitable organizations, such as St. Jude’s and the Make-A-Wish Foundation.

“Your comedy show for our Partners Plus Award Ceremony at the Minneapolis Hilton was hilarious! Our Partners were still laughing over your performance long after the ceremony ended. And the personalized anecdotes we gave you (some of our people’s humorous stories) were impressively incorporated into your comedy routine. Thanks for helping to make our conference a tremendous success!!” – Toshiba

“Thank you for a wonderful performance! It is so refreshing to listen to a comedian who doesn’t use foul language and still gets huge laughs. You are truly a great performer! – Motorola

Email Us or fill out the form on the right to get more information or to hire Rex Havens.

“What a wonderful entertaining end to our week of meetings! And so refreshing to see it done with such style, wit & taste!”

“Your hilarious keynote presentation, “Everything I Need to Know I Learned From My Wife!, was the perfect fit for the convention’s closing session. The standing ovation from over 550 persons in attendance was well deserved. Your material was ideal for the mostly female audience yet enjoyed equally by the men. The hearty laughter throughout the room confirmed how effectively you reached everyone.” 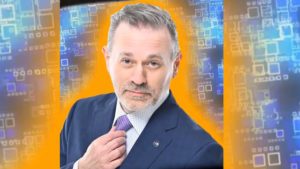