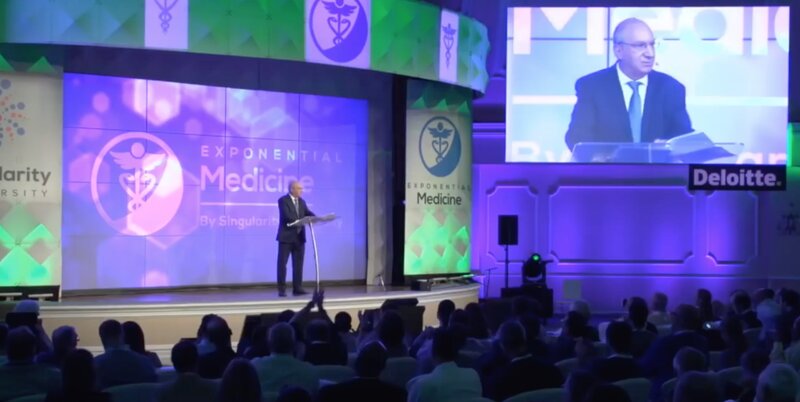 Harry Freedman is a comedian, funny speaker and event emcee and is the “The Nation’s Misleading Expert”

WHAT IS A FUNNY SPEAKER COMEDY PUT-ON?

Harry is introduced as an industry expert and gets everyone laughing, even as they believe he’s for real. Clients rave about Harry’s customization, so the audience goes in expecting a serious presentation and comes out relaxed and glowing.

As a Corporate Put-on Comedian and emcee, Harry has performed for hundreds of Fortune 1000 companies and is frequently rated ‘best speaker’ at their conferences.  As a stand-up comedian, Harry is a regular opening act for Ray Romano; and as an actor, he has appeared on “Everybody Loves Raymond” (CBS) and “Men Of a Certain Age.” (TNT)

Harry’s very first job as healthcare keynote speaker was for Wyckoff hospital in Brooklyn. It was also his very first corporate show as a funny fake expert speaker anywhere. When they began renovating the hospital they brought Harry in to speak at a big event. He was introduced as a healthcare aide to Governor Mario Cuomo.

The doctors and staff went wild with laughter. The video from that performance got Harry started on a 30-year career as a funny fake expert speaker. And a few years after that show, Wyckoff took over 4 more hospitals. When they brought Harry back to speak again, The New York Times sent a photographer. The resulting photos ended up on Harry’s full-page profile in their Sunday Business Section.

Harry hosts many events both live and virtually. He brings his hosting skills and “custom put on skills” to run think smoothly and fun as well

Thank you for the amazing keynote presentation at our National Sales Meeting. As you know, this was the first meeting between our two main business units and we wanted something special to break the ice between the groups.

The results were spectacular and I have heard nothing but rave reviews about your great performance. The incorporation of the material about our company, its policies and our key people into your speech was flawless. Your delivery and timing were impeccable.

You had everyone believing you were for real even as you got them laughing hysterically. From the moment you hit the podium, you had everyone roaring in laughter, so it was no surprise to me, that at the end, you received an unsolicited standing ovation.

Your performance, coupled with the videotaped interviews of our executives, resulted in an amazing night of entertainment. The video, which you created on the fly in a 24-hour period, turned your show into something way beyond our wildest expectations. The video was so funny, that you had everyone including our President and the other executives you poked fun at, doubling over in laughter. Most importantly it was all done with style and class.

I would recommend you to anybody that wants a true professional who delivers an amazing show.  – Andrew Love, VP Marketing,  SARNOVA Healthcare Equipment

"Harry’s material and performance exceeded our expectations in every way. Our audience absolutely loved him."

"Harry did a fabulous job posing as an economist. His content and delivery was hysterical and he held the crowd in laughter throughout his speech."

"We are in the business of preventing and detecting fraud. To my surprise, you were able to fool our top-notch investigators. You helped build team morale and gave us laughs after a long day. A job well done!"

"You had everyone believing you were for real even as you got them laughing hysterically. I have heard nothing but rave reviews. Your performance, coupled with the videotaped interviews of our executives, which you created in a 24-hour period, turned your show into something way beyond our wildest expectations."