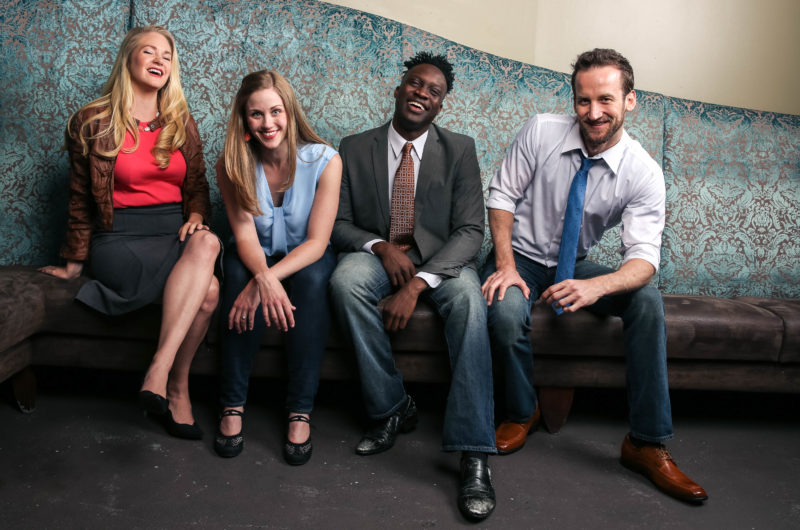 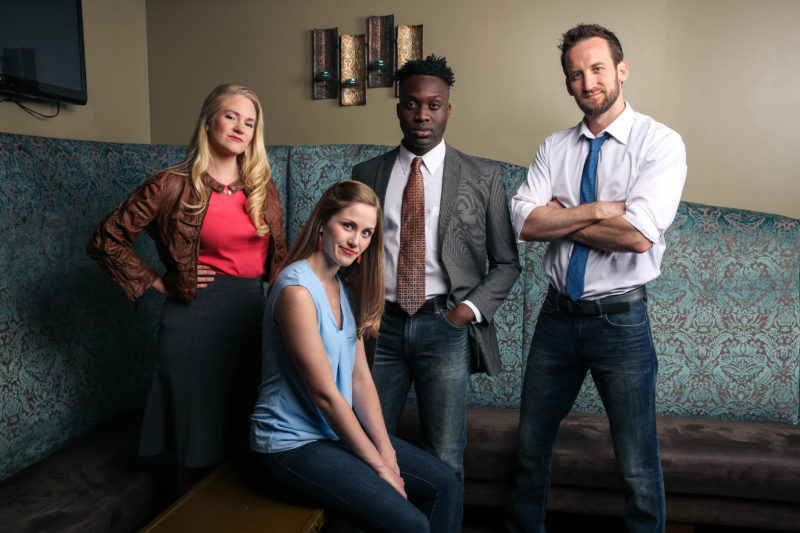 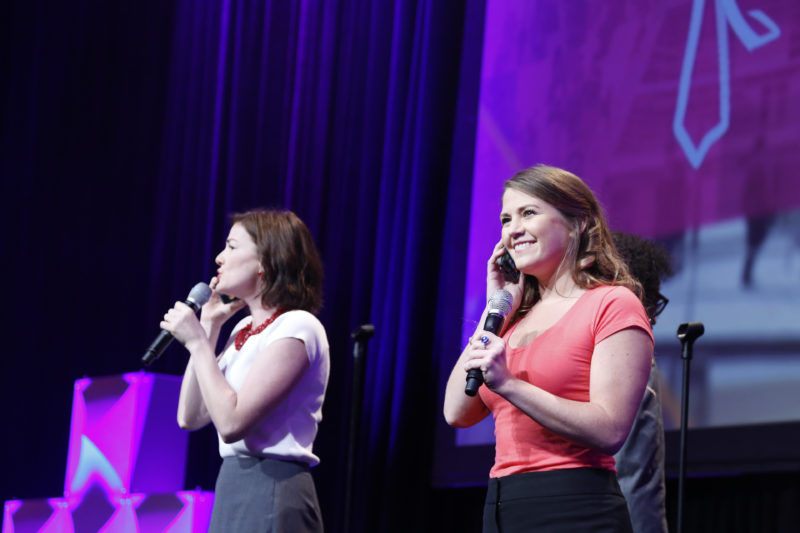 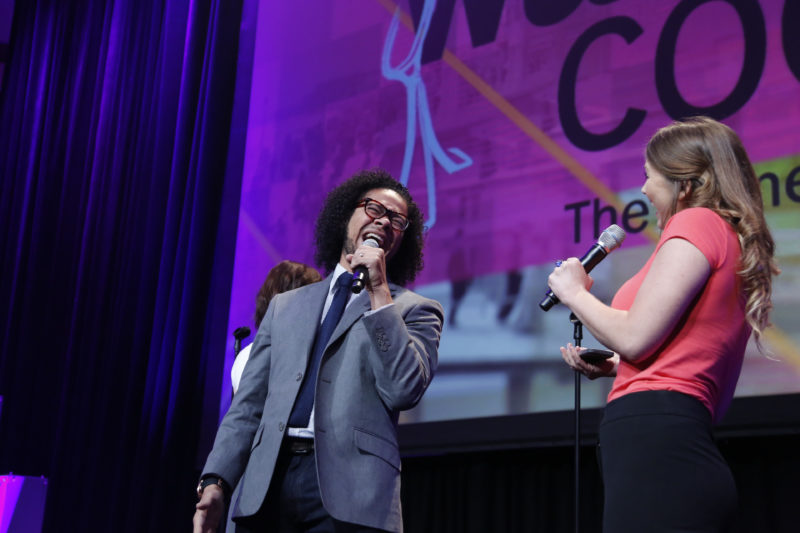 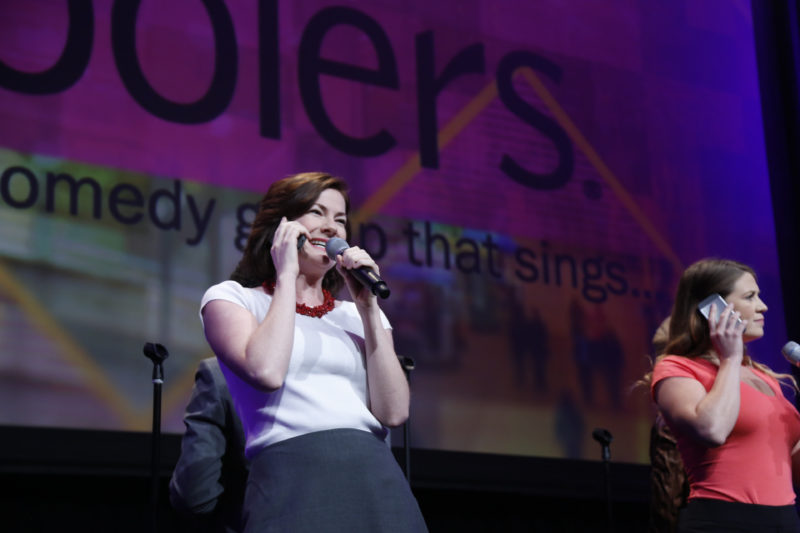 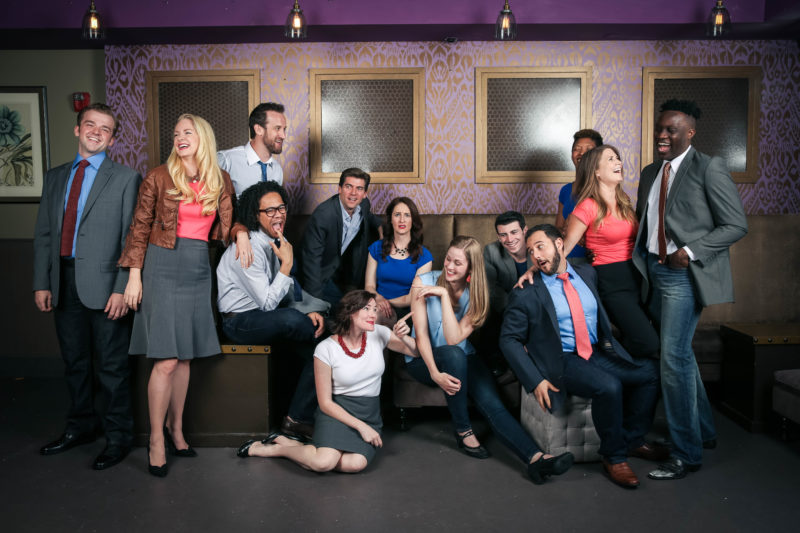 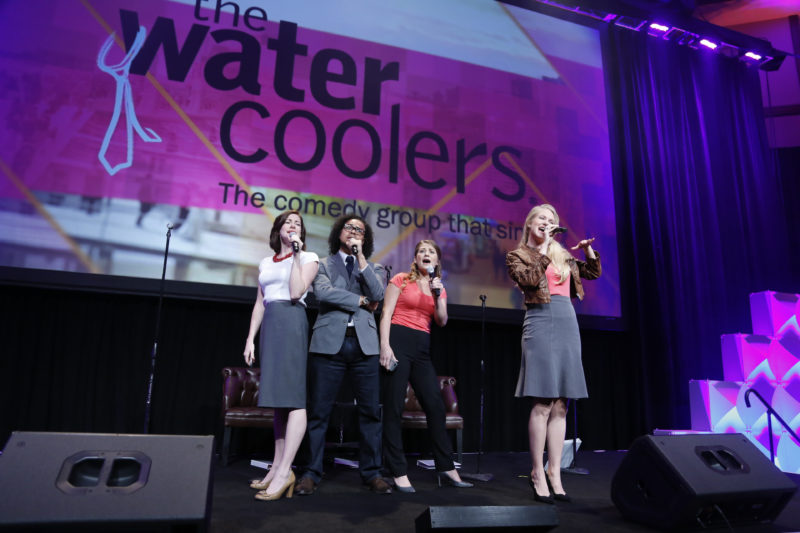 Are you looking to hire The Water Coolers? For nearly 15 years, THE WATER COOLERS have entertained audiences around the world, as far reaching as Singapore and Australia, with their high energy, uncommonly funny, honest take on work and life. Smart phones, conference calls, kids, co-workers, and travel are just a few of the topics that this group of top talent turns into hilarious sketch comedy and song. They are one of the few acts to win Event Solutions magazine’s Spotlight Awards for Entertainment of the Year multiple times.

Award-winning songs and sketch comedy about work direct from NYC — think annoying co-workers, the panic of an accidentally sent email, never-ending meetings, unnatural attachment to your smartphone — whether it’s after dinner entertainment, pop-up performances throughout the day, or a big kick off, the material kills and the audience connects.

Keynote: Getting to Great Performance

We explore the challenges to top performance through absolutely rocking comic songs and deliver practical takeaways that draw on our experiences competing in the toughest live-entertainment market in the country.  It all comes in the very human, authentic voices of professionals on the line every day.

The Water Coolers provide a number of great options for virtual shows. Their material can be used in a variety of ways from a 15-minute opening to interstitials throughout the day to a complete Keynote. We’ve been cranking on the virtual scene to create pre-recorded or interactive shows to fit your event. And, as always, we can can customize.

LIVE PERFORMANCE, PERFORMED FROM NYC REAL-TIME DURING THE EVENT

UNTIL WE CAN BE TOGETHER

Comedy written to order that talks directly to your audience in their language, makes them laugh ridiculously hard, inspires them, and reinforces key messages.  Add one number to our core show or do an entire customized show aligned with your event goals — either way, it’s super high impact.

Our clients have used it to launch the Opening General Session Entertainment with a bang, pay hilarious tribute to their super stars, and transform awards shows into something freaking amazing. Hire The Water Coolers for your Event.

Two words: TOTAL SUCCESS! Your team was a gas and I truly thank you and them for all the hard work, professional delivery and just plain “nice-ness” that you all showed during the project…as the songs continued, the laughter increased! And the finale….SPECTACULAR!!! GREAT SHOW!!Clients include Fisher Price, IBM, Hewlett Packard, Microsoft, Boy Scouts of America, Brother International, Bingham, and Genentech among many others.  –Kristen Hanousek Senior Director, Meetings and Events, Carlson

Please email or call Funny Business Agency to hire The Water Coolers In-Person or Virtual shows for your event.

"The Water Coolers do their homework and create something timely, unique and dead on accurate to your audience. Their presentation was an energetic and hilarious kick off to our conference. I am still laughing. As a bonus, they are delightful to work with."

"The Water Coolers is hysterical musical comedy from beginning to end. Anyone who has worked in an office setting will roar with laughter. Our membership did. Don't miss this show!"

"It was super, I loved it. The ideas were brilliant, they really cut to the core of this office dynamic that I live every day. The talent was incredible." 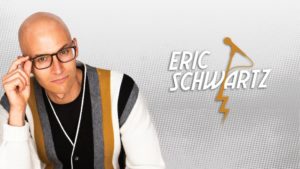