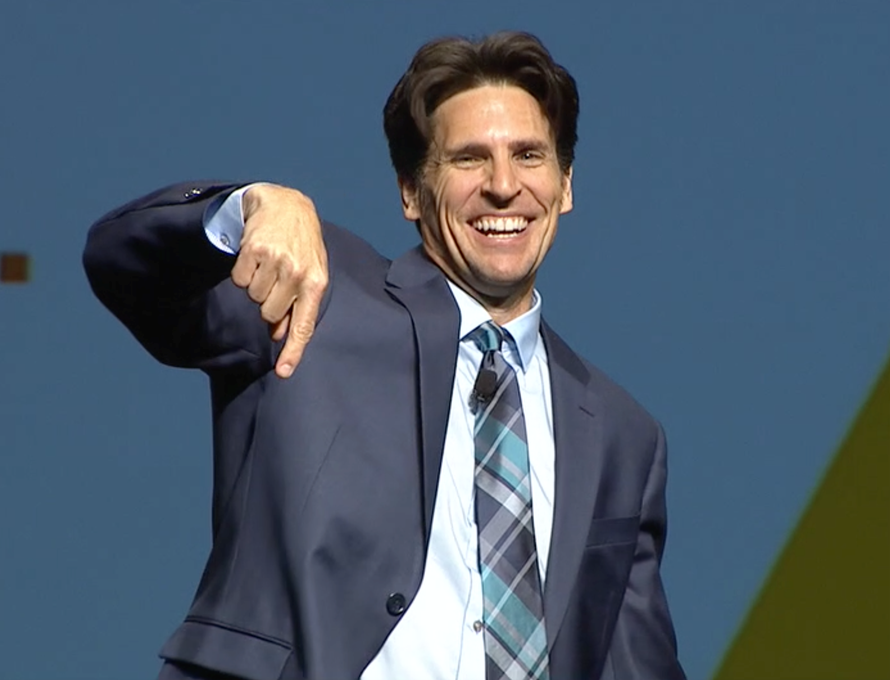 If you missed Don’s hilarious Showtime one-hour Special, “Ask Your Mom,” you’ve got to catch him Live! Engaging, clever, and just flat-out funny, Don captures the irony of parenting, marriage and everyday absurdities through characters, voices, parodies and some of the best written routines around. The Seattle Post-Intelligencer says “Friesen will leave a lasting comic impression,” and describes him as “offbeat, satirical, self-deprecating and slightly out of control.”

As the only two-time winner in the 41-year history of the prestigious San Francisco International Comedy Competition, Friesen ignites the stage with a playful, high-energy spoof of his life as a modern suburban dad trying to get through the day with a bit of money in the bank and a scrap of dignity intact.

He’s a wanna-be geek who constantly upgrades to the latest tech, but can never get it to work, leading to signature bits about tech support, Idiots Guides, texting and passwords.

Friesen’s credits include Showtime, Live at Gotham, The Lewis Black Christmas Special, and Comics Unleashed. He was also featured in TBS’ “The Comedy Festival” in Las Vegas and is a wildly popular on KLOS’ 5:00 Funnies, 100.3 The Sound’s Laughter at 45 After, and XM Sirius satellite radio.

In addition to his Showtime Special and countless other TV appearances, Don can be heard daily on XM Sirius’ Blue Collar Comedy and Laugh USA. He has performed at hundreds of corporate events for clients that include Microsoft, US Sprint, Toyota, Lockheed Martin, Transworld, Pepsico, Novell and many more…

“Thank you for making me a hero to my superiors” – Jim Tobin, Teamsters Joint Council

“Your ability to connect, on so many levels, with a group our size, so quickly, was amazing” — Tanya Reinhardt, Taylor Farms

“One of the best shows anyone can recall… you left them wanting more” — Joanne Schecter, American Advertising Fedeation

"Don’s humor is real and universal, and it comes without profanity, a true rarity in this day and age. Without a doubt, Don is an innately funny person with a knack for making others laugh as he talks about life and its challenges."

"I kept hearing all night how much people enjoyed your show...your comedy added a special touch that we all strive for in an event..."