Brad Upton is a hilarious clean comedian, for your next corporate event!  The Seattle Times said, “Brad Upton has mastered the nearly impossible task of appealing to people from the ages of 18 to 80.”  This 25 year veteran comedian is one of the best in the business.  He appeared recently at Caesar’s Palace as part of the HBO Comedy Festival and is a past winner of the Las Vegas Comedy Festival.  He is a frequent guest on The Bob & Tom Show and his CD is heard regularly on XM and SIRIUS Satellite Radio and is available on iTunes.

Because of his ability to work clean and be hilariously funny, he is a favorite headliner for several of the major cruise lines and for corporate clients such as Microsoft, Nintendo, ATT Wireless, Pillsbury, BP Oil, Hertz, Motorola, Tyson Foods, Expedia and many, many more.

Brad was AWESOME!! Everyone loved his show!!

Singing Along to the Radio:
Show Video 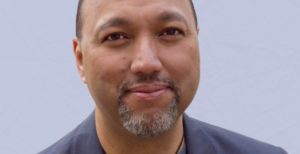