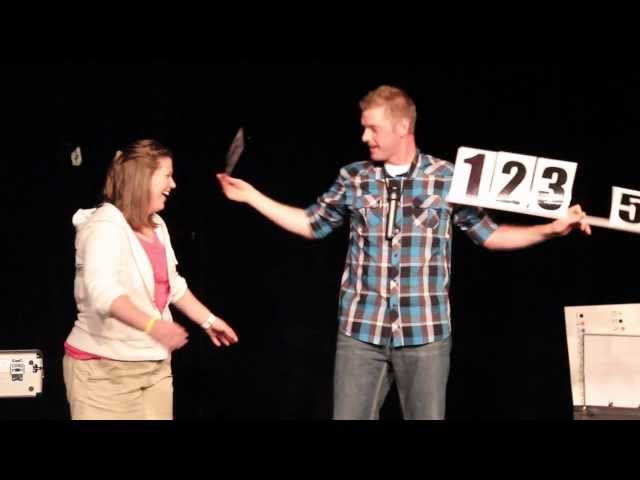 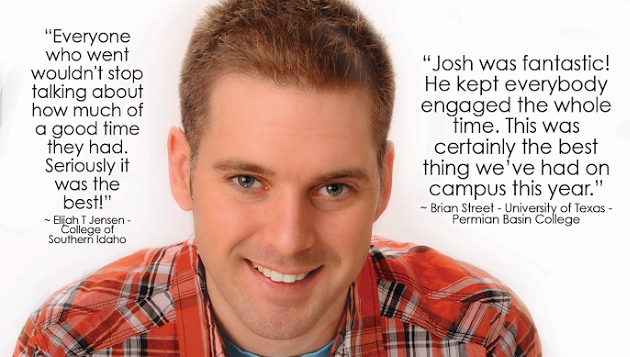 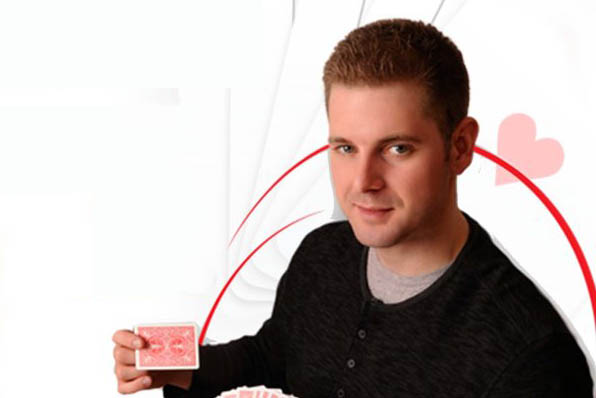 Josh McVicar, has been astounding with magic and hypnosis professionally for more than 12 years.  Having performed at hundreds of colleges and major corporations with his unique brand of hilarious magic that combines side splitting humor, explosive surprises, and mind bending magic to create an experience like no other.  With shows packed full of laughs and audience participation, McVicar will give a performance you are sure not to forget!

Look no further for entertainment for your next corporate event. Having performed for companies such as MasterCard International, Dillard’s, Six Flags, May Company, and University of Missouri Tigers, just to name a few, Josh McVicar “the Trickster” has proven to be a successful entertainer in corporate settings. Count on the Trickster to present a mind-blowing show to your clients or employees, while respecting the professional atmosphere of the event. If you are not sure that a stage performance is the best option for your event, there is also roving magic. 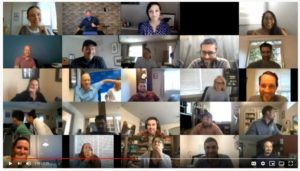 Not able to get a group together in one place… no problem. With internet access, anyone can access this show from all over the planet. Treat your workplace, host a group function, or just entertain family and friends. No matter the audience, they’re sure to love it!

“McVicar the Trickster took our campus by storm!  His hypnosis show had everyone literally rolling in the floor laughing.  He engaged the entire crowd into the show, and does a fantastic job entertaining this generation of college students.” -Emily Bell Cox “University of Arkansas Little Rock”

“Our team was totally mesmerized throughout the show, especially with your grand finale with the rubik’s cube. It was a great way to end the year!” -Lucia P. – Dennelisse LHCSA Corp

“The night of the event McVicar The Trickster arrived early and was “on point” immediately. He was professional, entertain and gave us much more then we expected. Although our contract was for two hours, Josh stayed for almost three hours. He was able to work the crowd speaking with all individuals, entertaining them as individuals and in groups. Josh was defiantly a hit with our attendees. One of the comments shared was “he was the best magician I’ve ever seen”. We appreciate his efforts and would look forward to contacting him again in the future for similar events.” – Diane Davis  – VP Finance and Operations-Retirement Plan Advisors

Call or email to hire Josh as an in-person or virtual magician for your next corporate or college event.

“Josh was fantastic, he kept everybody engaged the whole time. This was certainly the best thing we’ve had on campus this year.”

"I really enjoyed working with Josh and his show was top notch. We got several comments from students afterward calling it one of the best shows they've seen at the university. Very funny and genuinely mind-boggling!"

"Your show was awesome!  The students loved it so much they are still talking about it.  They really want you back again soon. It was fun and full of laughter."

"All I can say is WOW. You did a wonderful job Saturday night. Everyone is still talking about your performance today. Thank you for being amazing and keeping it classy for our show. It was the perfect fit for our party. When we started this planning a year ago, we all were trying to come up with a “WOW” effect for the employees and you gave us that. Even our 86 year old president really enjoyed your performance"

"Josh was amazing! He went around the individuals tables during dinner and totally blew us away. We had no idea how he pulled off his tricks and we were right in front of him! Thanks!"

"Everyone I talked to said that your performance was one of the coolest acts they had ever seen. I couldn't agree more either. Your performance was jaw dropping from beginning to end and everyone there was busting up laughing the entire time. I don't think anyone had ever seen anything like that and I'm not sure they ever will again. "