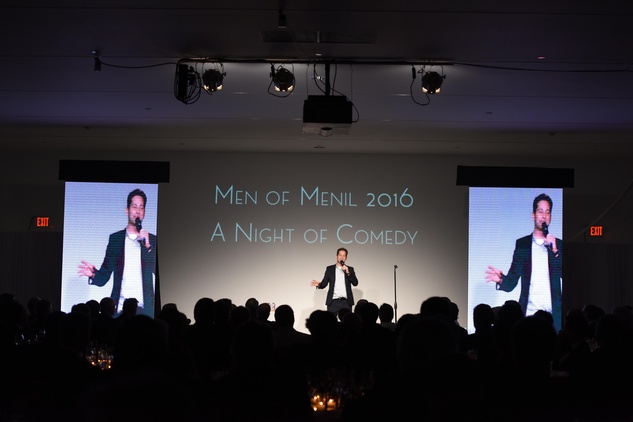 Book Andrew Norelli, his sharp and tasteful material is right for any event style, with hundreds of events under his belt he is the perfect addition!

Numerous late night appearances including twice on “The Late Show with David Letterman,” “The Late Late Show with Craig Ferguson,” and “Jimmy Kimmel Live,” where he was booked by Jimmy himself who said “because of how few slots we have available you have to be an A++ comedian to get booked on my show, and Andrew is.”  Other TV appearances include Comedy Central’s “Live at Gotham,” and the nationally syndicated comedy round-table “Comics Unleashed,” where he also worked as a monologue joke writer.  His performance at the prestigious Just for Laughs Comedy Festival in Montreal was praised in Time Out New York.  International appearances include Sydney Australia’s Comedy Store where The Daily Telegraph remarked “his show features hair trigger laughs with a deadly aim, all the more so because while some comedians overestimate their own intelligence, Norelli never underestimates ours.”

Andrew Norelli has performed for hundreds of corporations and professional organizations including Yahoo and Google.  Letterman, Kimmel, Ferguson, and Comedy Central are just some of the television shows he has appeared on.

"Microsoft cooked up a tough assignment for Andrew: host a night time talk show for 100 top innovation executives. It was a huge success and shows how Andrew can stretch and perform for a wide range of challenges."

"Andrew's given a solid 1 hour performance for Holland America cruise line on several occasions. He's always funny, quick on the fly, and can work in front of a crowd of all ages. He mixes up each performance by interacting with the audience and creates a hilarious and unique show everytime."

“Andrew really did a great job.  I looked over at one person who I never imagined to have a sense of humor and he was doubled over laughing so hard"

“Andrew was the consummate professional and perfect for our annual event”

“Because of how few slots we have available you have to be an A++ comedian to get booked on my show, and Andrew is."

"Andrew's material was quick-witted, clever and clean. He even had jokes that were specific to our event! Our crowd loved him. Andrew was professional and very easy to work with. He did a fantastic job hosting our event at Yahoo! HQ. I would hire him again."