An Interview with Comedian Maggie Faris

I was able to meet Maggie Faris for the first time at Gilda’s LaughFest. Maggie was one of several comedians selected to perform as part of the Best of the Midwest Showcase. Before that, the only communication I had with her was electronic.

I didn’t get to spend a whole lot of time with her then because I was busy. I was checking in the other comedians on the showcase and walking between two venues at The BOB.

It wasn’t until Maggie was selected to perform at two NACA (National Association for Campus Activities) conventions that I was able to get to know her better.

Who I met was a bright, funny, and kind person. On stage and off stage, Maggie has an enthusiastic energy that’s contagious. Her showcase performances at NACA went incredibly well, and she got a lot of bookings from it.

At the NACA Marketplace (a trade show floor set-up) a line of excited students formed at our booth to meet Maggie. It was nice to see her genuinely take the time to give each one her full attention and gratitude.

Here’s an interview I did with Maggie. I hope this allows you to get to know her a little better.

How did you get started in comedy?

I got started in comedy because my sister was a waitress at Acme Comedy Club in Minneapolis. I used to go down to hang out with her and watch the shows. I always thought “Oh I could do that!” But I soon learned it was a lot harder than it looked. I went up on open mic night at Acme on a Monday night and proceeded to bomb horribly. I didn’t get any laughs and actually got some groans. I cried afterward and it took me six months to try again. The second time I got a few laughs and then I was hooked. I kept writing and kept going back and now it’s my most favorite thing to do. 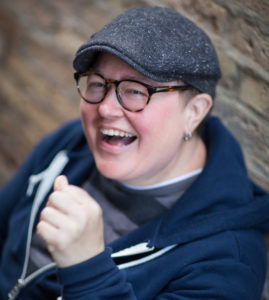 How do you find humor in everyday life? What advice would you give to others on how to do that?

I’m a very playful and silly person by nature so I tend to do a lot of joking and goofing around in everyday life. Sometimes that doesn’t really transfer to jokes but sometimes it does. If something happens that I think is funny I’ll make a note of it and sometimes it can turn into a great joke. I find there is a lot of trial and error in joke writing. The advice I give to other people would be to write what you know. Everyone has a unique perspective and everyone has a voice. I really want to learn more about you as a person when I’m watching you on stage so I think it’s important to write what separates you from other people.

The night went amazing! We had a great turn out and Maggie and Janna were outstanding! Maggie is such a relatable person and she was interested in so much more than just getting her performance done and getting out of there. We sat down for about 20 minutes before the show and just talked and I thought that was the best part.Dustin Slaughter, Minnesota State University - Mankato

You were named one of the Funniest Lesbians in America by Curve magazine and you won The Advocate Magazine’s national search for the Next Funniest Queer Comedian. How do LGBTQ issues fit into your act?

I like to talk about LGBTQ issues because that’s part of who I am. However I don’t consider myself a gay comic. I try to present these issues to bring some awareness but my biggest priority is to make people laugh. I can hopefully mix the issues and the laughter together so people are being entertained and learning a little something as well. But my bottom line goal is for my audience to laugh no matter who they are. I think people work hard and just relaxing and laughing is so good for people and I really feel called to do that for people.

You’re booked at a lot of comedy clubs and colleges. What differences and similarities do you see?

The difference between comedy clubs and colleges is huge. Comedy clubs are usually very similar but I’ve found with colleges you never know what you’re going to get. Sometimes you’re in a beautiful theatre with 2,000 students and sometimes you’re in a cafeteria with 10 students. You just never know so you have to be prepared for everything. You can still have fun in either of those shows they just have very different energies. College students like a bit different humor too. They are very in tuned with social justice issues and it’s very important that no one is the butt of jokes. They don’t want to hurt anyone’s feelings. I find in clubs it’s more of a “roast” atmosphere and they’ll laugh at things that may be a little bit over the line. I like doing both kinds of shows but they can be very different from one another. 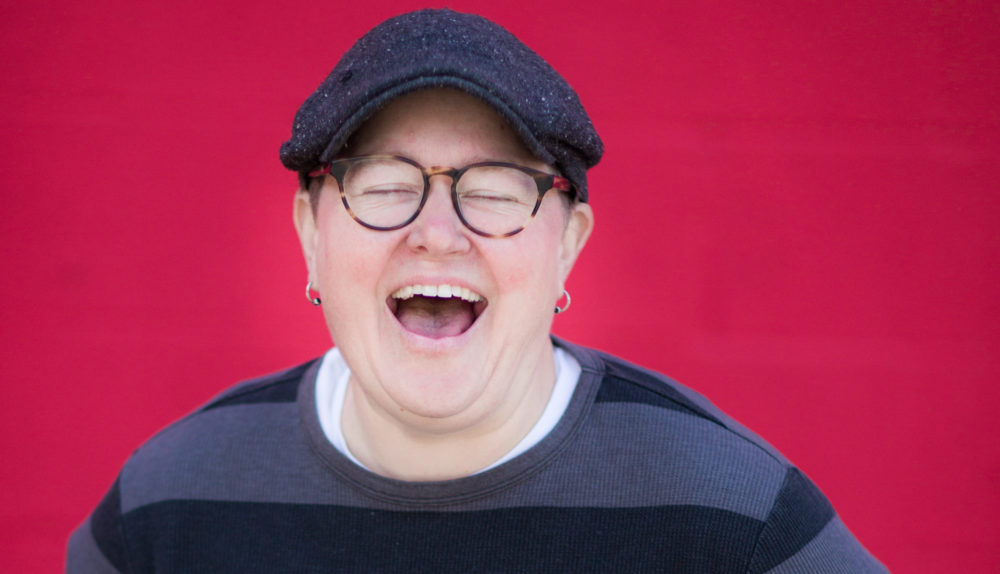 I really like college shows where I can meet a bunch of the students and just joke around with them. I find the more loose I am with the students the more fun we all have. If I’m just doing formal bits and jokes and not getting to know them it seems less personal and we don’t make as good of a connection. It’s still fun but I really love the interaction of the students during the show. That’s the magic of it too. You never know what’s going to happen. That’s one of the reasons I love a live show.

What advice would you have to students who plan and produce comedy shows on campus?

The advice I have for students planning a comedy show on campus is to make sure you have the basics. Comedians only need a mic, a mic stand, and a stool. Your biggest obstacle is getting people to come to the show. So pick a venue that’s not too big and if you can get people there we will have a good time. I’ve done a show for two people before that was really fun but there is something about the magic of the energy of a full crowd that is so exciting and fun.

I hope that you have gotten a better understanding of who Maggie is and what her comedy is like.

Are you interested in booking Maggie Faris at your college, comedy club, or event? Click below to get started.