Hiring a Magician: Types of Magic

So, you are thinking of hiring a magician? Here’s what you need to consider.

First off, you have to decide what kind of magic entertainment is best for your event. Different events have different needs.

Types of Events for hiring a magician:

Types of Magic for Events:

When planning for hiring a magician, there are many kinds of magic, and there is a type of magic that is best suited for your event. Here are the most common types of magic: 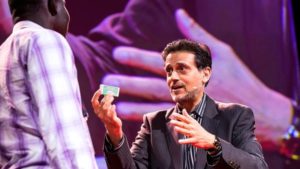 This is ideal for cocktail parties. Strolling magicians mingle and perform for one to a dozen people at a time. The magic is fun and visual and often happens right in the spectators’ hands. Strolling also works well at banquets with the magicians going from table to table. This works well before and during a dinner if needed. 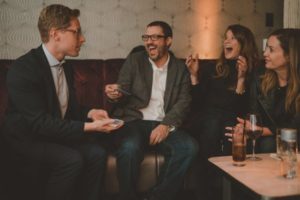 This also works well for cocktail parties. Trade Shows, Product Launches, and Grand Openings are perfect for this type of magic.  Here the magician doesn’t go from group to group. He has a station—usually a table of some sort—where he performs his miracles and the spectators come to him. When a crowd gathers, the show begins. Audiences can range from just a few people up to 50 or more. Shows can happen spontaneously or on a set schedule. 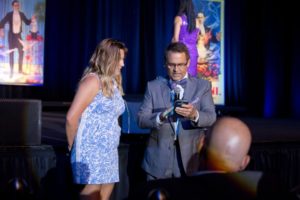 This is also known as Parlour or Platform Magic. This can be thought of as “medium-sized” magic. It’s not as intimate as close-up, but not as elaborate as stage magic. Stand-up shows are usually formal, and usually work well, for after dinner shows, banquets, holiday parties and seminars. The magician usually works on a stage or platform and can perform for anywhere from 50 to a couple hundred people. There is usually a lot of audience interaction and comedy mixed in.

A popular form of stand-up magic is mentalism. Mentalists are magicians who simulate psychic phenomena, such as mind reading. Since they conjure with audience members’ thoughts, rather than props, their show can be especially impressive. 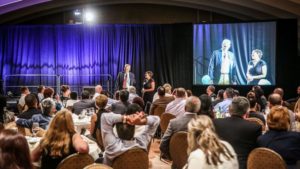 This is exactly what it sounds like and what you usually see when hiring a magician. It usually takes place on a stage or in a theater, and involves large props, assistant, and sometimes animals. Stage Magic is appropriate for one hundred to one thousand people (and sometimes even more).

Hiring a Magician with a Magic Booking Agency

Once you’ve identified your events needs and decided what kind of magic you want, how do you go about hiring a good magician? Using an experienced entertainment agency is highly recommended. Entertainment agencies know the hot new trends, and the hot, new performers, as well as the reliable pros who have been around. A good agency not only knows what type of magic would fit your event, but what specific performers would be a good fit for your organization. Agencies know who is out in the field and know the strengths of each performer, and they know what magicians can be trusted to deliver the goods.

Perhaps you’ve seen a magician you like at a party, on TV, or at a venue like the Magic Castle. Again, a good entertainment agency will know how to contact that magician and put you in touch. However, be careful of hiring someone just because they did something impressive on TV. They might have a cool trick (or three), but that doesn’t mean they can do an actual show. You wouldn’t hire a comedian to do 45 minutes just because he has three good jokes. Agencies know which performers can perform live, and which can only perform for a few minutes at a time on TV.
The added advantage of using an agency is that in the case of emergency, such as a canceled flight, the agency can get you an immediate replacement, so you are not left high and dry, and your event can happen as scheduled, without a hitch.

Author: Bill Herz
For the last twenty years Bill Herz has been wowing audiences of all kinds and all sizes around the world. From Fortune 500 companies to lavish private affairs, Bill Herz has decades of experience transforming typical meetings and gatherings into events that will stay memorable forever.

What Entertainment is Right for My Event?