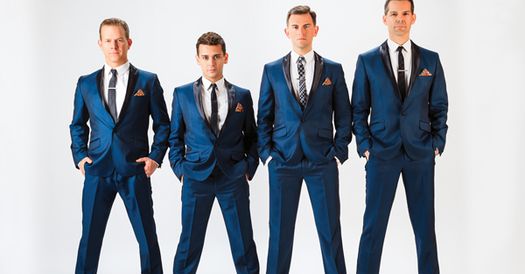 4 Stars from the Original Jersey Boys!

The Midtown Men are a high-octane musical tour de force, celebrating the best of the ‘60s. They are 4 stars from the original cast of Jersey Boys. This exciting musical acts is bringing their magic to audiences everywhere, singing their favorite “Sixties Hits” from The Beatles, The Rascals, The Turtles, Motown, The Four Seasons and more.

About the Midtown Men for Corporate Events

THE MIDTOWN MEN reunites Stars From The Original Cast of Broadway’s Jersey Boys, making them the first vocal group ever formed by the principal cast of a high-profile Broadway show. After sharing the stage for over a thousand performances, Tony® Award winner Christian Hoff, Michael Longoria, Daniel Reichard and Tony® Award nominee J. Robert Spencer decided to take their signature sound and chemistry to audiences everywhere, bringing to life their favorite 1960s hits.

The Midtown Men have blended iconic rock ‘n roll hits of the 1960’s with the all-time greatest Holiday classics adding their trademark sound to the mix. Favorites such as “Winter Wonderland,” “Christmas Waltz,” “Let it Snow,” “Mr. Grinch,” “White Christmas” and “Happy Holidays” will be performed with the group’s dynamic choreography, electrifying rock ‘n roll arrangements, and of course, signature four-part harmony.

The New York Times says, “Sidling up to the microphone, the singers had the air of the Rat Pack, Motown and a nightclub act rolled into one,” while the New York Daily News proclaims, “The Midtown Men sound as crisp as their Rat Pack-inspired suits. Their voices blend together so flawlessly on stage.” After a recent performance with the Oklahoma City Philharmonic, The Oklahoman praised the Midtown Men for “a joyous and nostalgic trip through the music of the 1960s with terrific orchestral charts,” adding, “this high-spirited evening kicked the audience’s adrenaline into overdrive.

“The seats were filled with shouting, singing, dancing in the aisle fans!”  – Times Square Chronicles

“Authenticity is the core of this musical brotherhood… the Midtown Men sound as crisp as their Rat Pack-inspired suits!” – NY Daily News

“… as good as popping Meet the Beatles on my turntable for the first time!” – Charles Alexander, Long Time Senior Editor, Time Magazine

How to hire The Midtown Men for your next event

Fill out the form on the right to get some more information or to hire The Midtown Men. 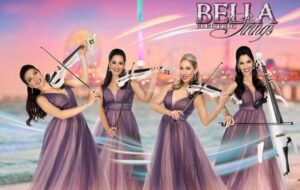