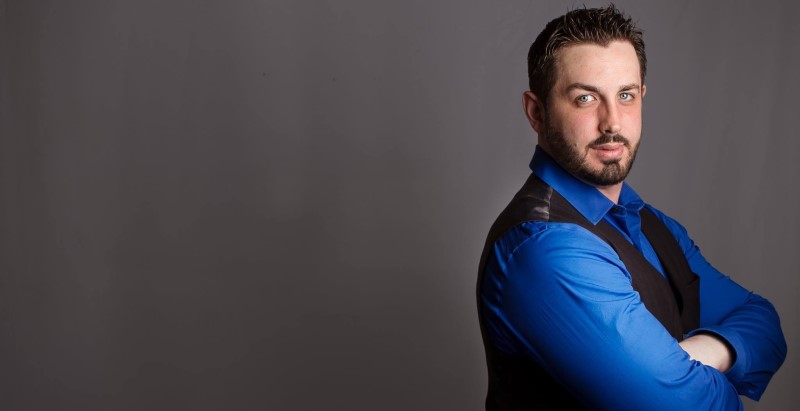 ROBBY BENNETT ~ Magic For Any Occasion

Add the “WOW!” factor to your event while keeping your audience laughing the entire time. Whether you need a performance for an intimate gathering or a high-end corporate event, Robby Bennett brings tailor-made premium magical entertainment to any occasion.

After teaching himself magic while sick for two years as a child, Robby realized that he had a unique talent and newfound drive, so he whipped out the yellow pages and spent hours calling different companies and organizations offering his services for their events. Possibly from the sheer surprise of being cold-called by a 12 year old, Robby’s schedule began to fill fairly quickly, and he has maintained a schedule full of clients of all shapes and sciences ever since…Although he’s still on several do-not-call lists from his early exploits.

Bennett has developed an extensive background over the last 20+ years performing at and hosting events. He’s the perfect fit for any venue or occasion and can put on a show in a living room or an arena. From appearances on ‘Good Morning America,’ ‘Entertainment Tonight’ and ‘Inside Edition,’ to shows on the Vegas Strip, conferences, company parties and holiday events, there’s nowhere he can’t bring a quality show.

With Robby, you don’t just get a cheesy act to kill time while your guests roll their eyes. You get original material developed over thousands of performances with a mainstream appeal. It’s your turn to see why so many of his clients book him for repeat performances and become his biggest fans.