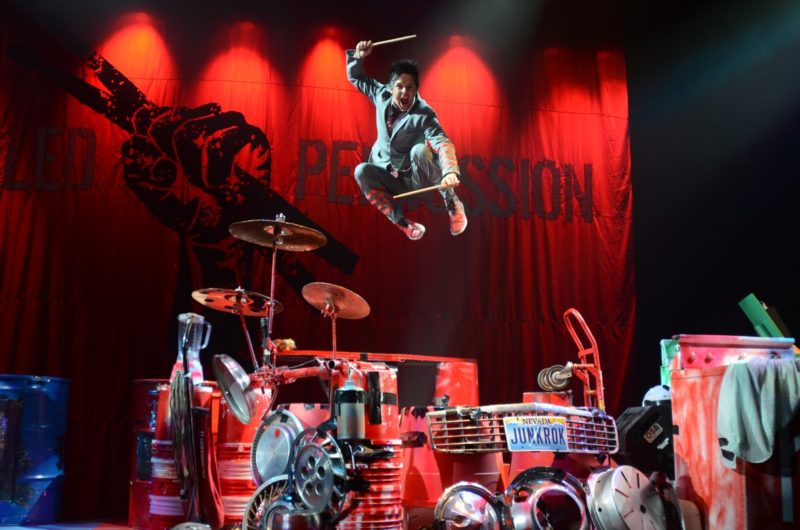 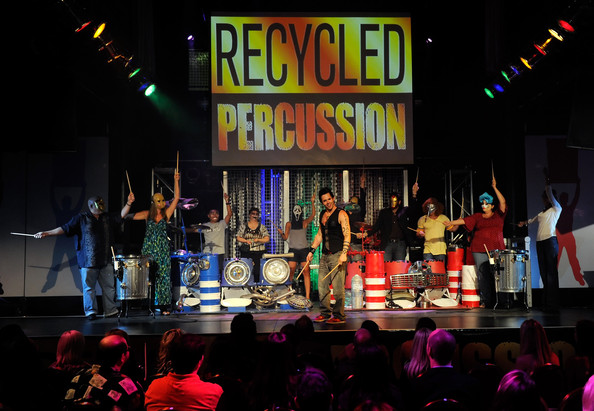 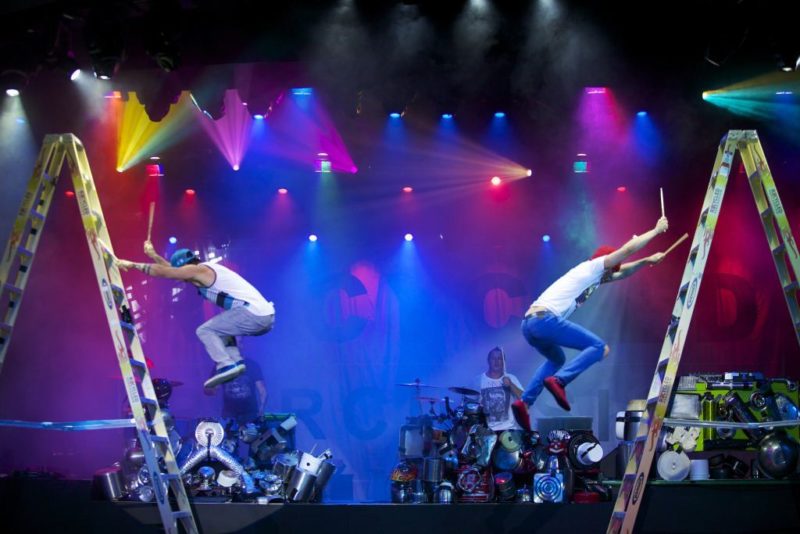 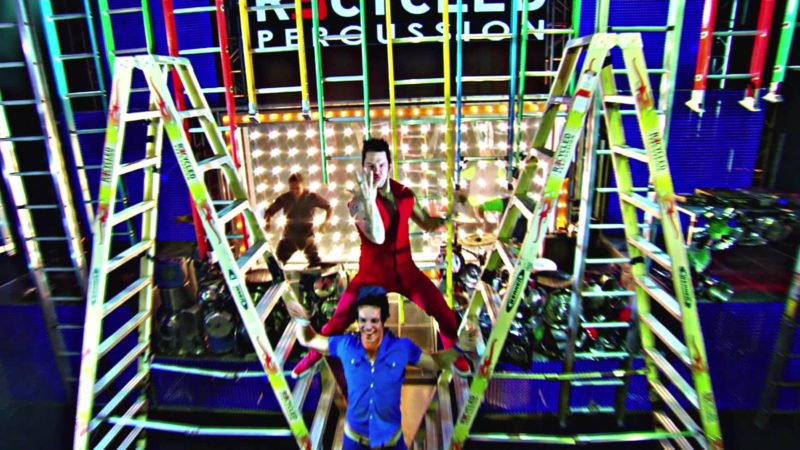 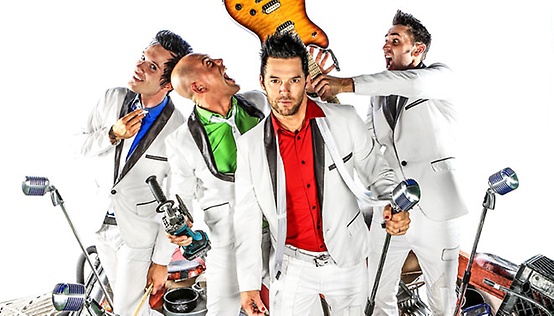 Recycled Percussion, the amazing rhythm group, have been unstoppable. Their junk rock music became a national phenomenon week after week during their smash hit performances on America’s Got Talent in 2009. Playing over 4,000 shows and over 400 corporate events in over 15 countries, the group has also done guest appearances on “Carson Daly”, “The Today Show”, “China’s Got Talent” and the Latin Grammy Awards. After being featured on the cover of “USA Today” and being voted National Act of the Year a record-breaking six times, the band gained world-wide recognition. 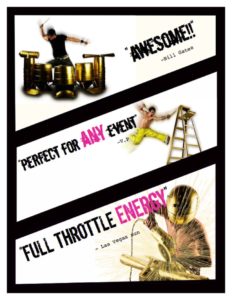 This mind-blowing, immersive show expands the boundaries of modern percussion by incorporating items like power tools, ladders, buckets, trash cans and a whole lot more, turning them into incredibly expressive musical instruments. And at every performance, you get a drumstick and an unusual instrument so you can join in the fun.

“The most unique show on earth!” –Las Vegas Sun

“Everything was great! We were really stumped this year on what direction we wanted to go for entertainment and Jamison was very patient with us, and offered great advice – steering us to Recycled Percussion.  They were great to work with and gave a show-stopping performance.  We appreciate everything Jamison and his team did leading up to the event to help us be as successful as possible!”       – Carol Pence, Gordon Food Service

In 2010, they sealed the deal and became headliners in Las Vegas! Taking 2013 by storm, Recycled Percussion has elevated their energy level, created new performance elements and continues to bring junk rock music to the Las Vegas Strip nightly at The Quad Resort and Casino!

"as creative as I have ever seen.." 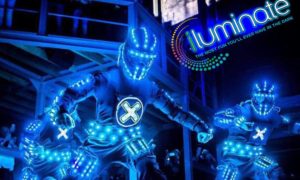 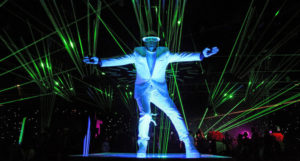