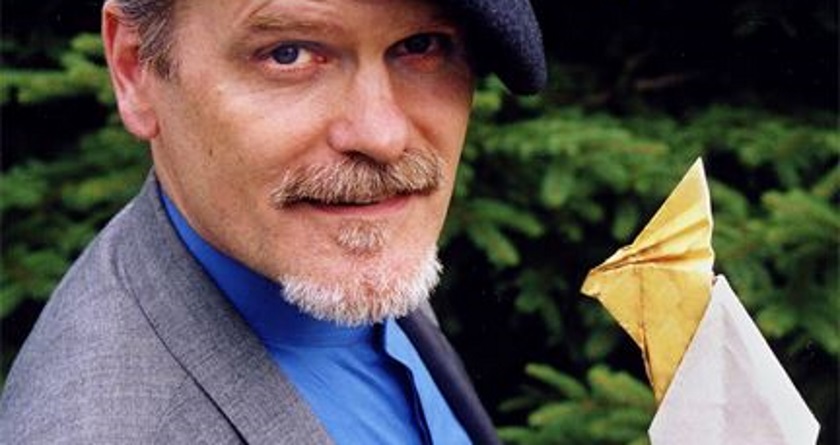 A Master of Origami

Are you looking to hire an Origami Artist for your next trade show, convention or corporate event. Interactive Origami Entertainer, Visual Artist, and Juggler — started out life in the foothills of eastern KY at a very young age.  He discovered the art of the magician and quickly gravitated toward all things novel in arts, crafts, performing, and the like. In 2017 Cirque du Soleil invited Michael Roy to perform for the pre-show crowds at the Chicago premiere of Luzia, a Mexico themed production where Michael Roy created marigolds, daisies, crocodiles (and crocodile puppets, his own original design), monarch butterflies, horses, etc.

“Michael performed for my crowd of 200+ top executives [in San Francisco] and he was the hit of the event!” – JPMorgan Chase Investment Bankers Conference

In 2016 Michael Roy’s performance was requested in the “Mansion” (the most exclusive seating in Churchill Downs) for the 142nd Kentucky Derby. He created horse race-themed paper figurines much to the delight of the attending celebrities and wealthy. Throughout the years Michael Roy has done appearances in a wide range of venues in the United States, Canada, Mexico, and Taiwan. He has appeared on 92 Air Force bases in the United States, Creation Music Festival in Pennsylvania, school assembly programs and colleges from Massachusetts to San Diego.

Performed in front of some of the greats!

He has performed with a diversity of talent, sharing the stage with Dick Gregory, The Flying Karamazov Brothers, Avner the Eccentric, (Jewel of the Nile), Brush Arbor (Academy of Country Music Vocal Group of the Year), and Ricky Skaggs and Irish Folk Singer Robin Rich. He has shared the stage with “extraordinist” Craig Karges and “Mr. Sound Effects”, Wes Harrison. His opening act appearances also include Terry Talbot (of the Mason Proffit Band), Bob Carlisle (“Butterfly Kisses”), Randy Stonehill, and Bob Stromberg (“Triple Espresso – A Highly Caffeinated Comedy”). Baldridge has appeared at the Cleveland Indians Season Openers.

Types of Events for Origami Artist

Contact Funny Business Agency to hire an origami artist for your next event.

"We have a lot of events happening this year and I am confident we will be able to find a time for you to come back."

"We want to THANK YOU! I received SO many comments on your entertaining and your talents! You WOW’d the group!"

"We had such a great time when you performed for our spring gala 3 years ago. What a pleasure to present you again."

"Thanks for the Awesome Job!!!! The students really enjoyed and had a great time, which is our main goal."

"Michael, Just wanted to drop a quick note and say THANK YOU for being a part of Derby 142. We enjoyed having you and I think your services added a unique experience for our guests. I hope you enjoyed your time at Churchill." 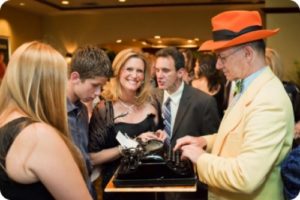