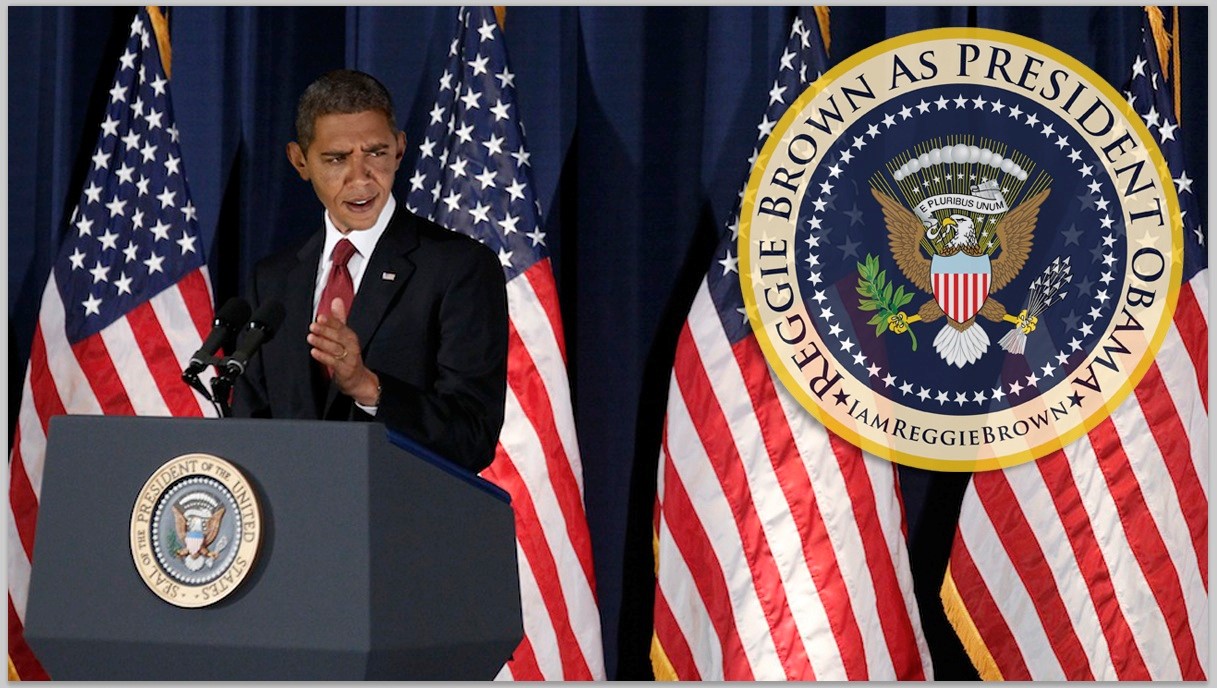 While he always felt a greater calling, no one could have ever predicted that he would one day become the President of the United States…Well…Sort of….

After years of garnering attention for his uncanny physical resemblance to Barack Obama, he worked long and hard to develop his impression of the 44th Commander in Chief and has since deservedly earned the moniker the “Comedian in Chief”.

He has traveled all over the world performing both comedic and dramatic portrayals of his Presidential character and has been featured on every major media and news outlet.

While most of his time is now spent performing for private events and appearing for the world’s top corporations, he is best known for his repeat appearances on HBO’s Real Time with Bill Maher, FOX NEWS’ Huckabee, Jimmy Kimmel Live and Comedy Central’s Workaholics.

“He has performed at  several of our key meetings over the past few years, each time a highlight of the event. His striking resemblance to President Obama is complimented by his masterful ability to replicate the President’s tonality and speech pattern. A pleasure to work with, he is a creative writer with the ability to craft jokes and speeches on the fly.  A true professional and a man of character and principal that I recommend without hesitation.”   -Nick Caporella -Owner/CEO NBC

He is available for: