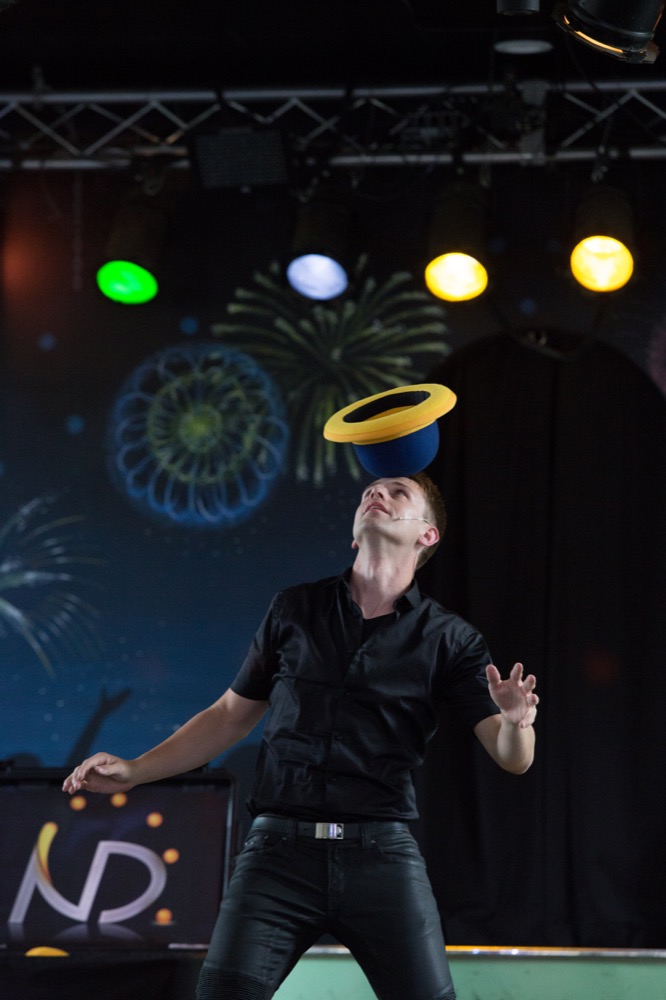 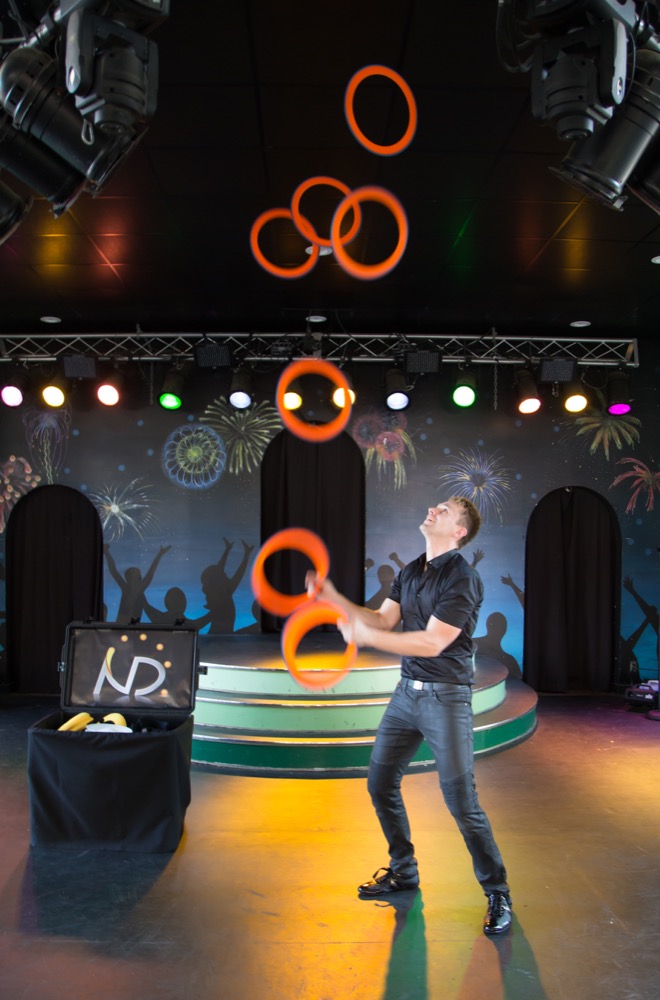 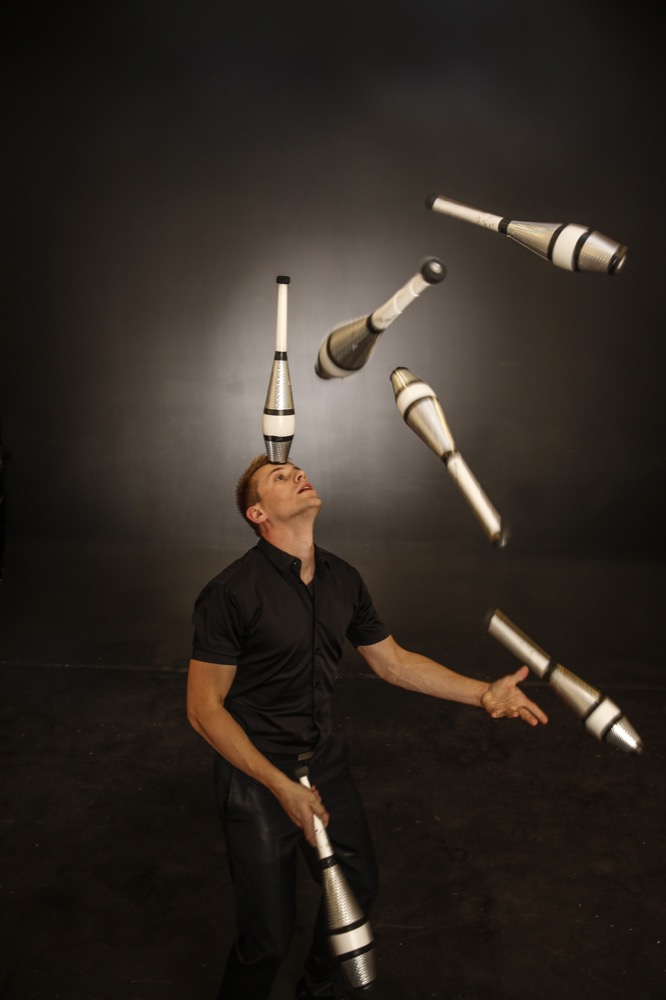 Hire Niels Duinker, World Record Holder, for your next corporate event, holiday party, award banquet or anything in between!

Crowds around the world – from Europe to Asia, from Las Vegas to Dubai have experienced the comedy juggling of Niels Duinker live. Niels Duinker first thought of becoming a successful international performer when he was 12 years old, and well before the end of his teenage years, his dream had become a reality.

More than just a pretty face with a bag full of cool tricks, in the spring of 2009 Niels completed the coursework for his Bachelor’s degree in Mechanical Engineering from the Delft University of Technology in the Netherlands. Another dream turned into reality.

Originally from the Netherlands (which is that little country that surrounds Amsterdam), Niels started juggling at the early age of 12 years old. He’s taking juggling to new heights and now holds 7 Guinness World Records. Nickelodeon called him “The best….” and the Las Vegas Sun called his show “Impressive.” Besides his corporate engagements, Niels can be seen 6 nights a week as one of the headliners at The Comedy Barn Theater, the longest running clean comedy theater in the world.

Clubs, machetes, and even jokes are kept flying effortlessly in this fast and funny variety show that has delighted audiences on all 7 continents. The one thing most likely to drop will be your own jaw!