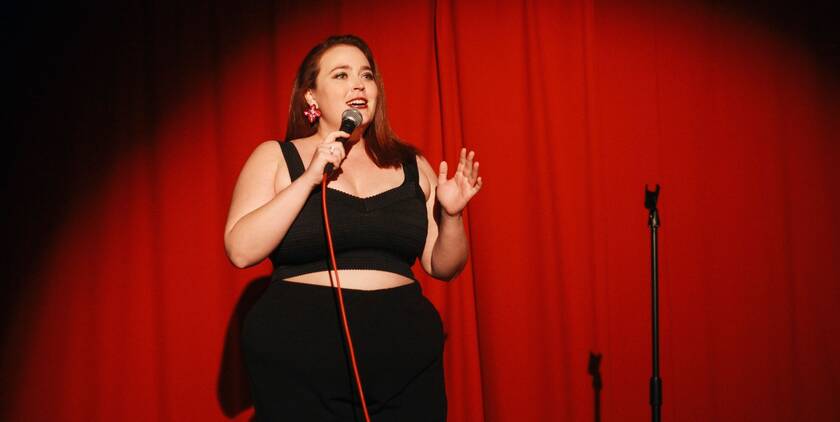 Comedian and writer Lauren Hope Krass got her start in comedy in the beautiful city of Charleston, South Carolina. Now she’s one of New York City’s hottest comics. Lauren’s stand up act combines a message of body positivity with cutting wit.  Overall, her material ranges from the ridiculous to the brutally honest. Lauren performs nationwide for Comedy Festivals, Colleges and Clubs. Locally, you can catch her at the best clubs in the city such as Caroline’s, Stand Up NY, Gotham Comedy Club and QED among many others. She recently took home 1st Place from the She Devil Comedy Festival in NYC and has been written up in The New York Times, Backstage and Time Out NY. She can’t wait to entertain you!

“Lauren was great! She was super friendly. She showed up right when she would. She performed based on how the crowd felt not based on a timer. She took advantage of the crowd and incorporated us. A lot of people got pictures with her in the end and she was super receptive and nice.”

“Lauren was a witty and creative individual. She touched into the personalities of the crowd and fed off that natural energy. She was super friendly and everyone loved her.” 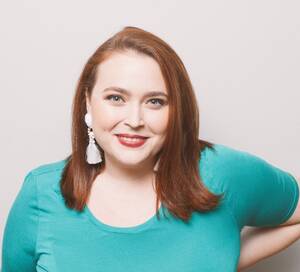 More than her awesome jokes, Lauren is also an award winning playwright and has written and performed in her full length original musical titled “Princess Charming” which was well received on stages in South Carolina and New York City. Lauren has been written about in The New York Times, Time Out NY and Backstage. She recently took 1st Place in the She Devil Comedy Festival in NYC.

"Lauren Krass was amazing and she was able to adapt to our college audience."

'Everything went really well with Lauren, and we really loved having her! She was a big hit with our students, and she was super accommodating. She was super funny, and I am really glad that I got the chance to meet her!