Leave every notion of what you “thought” a juggler was at the door. Based in Los Angeles, CA, Ivan brings the term “High Energy” to an entirely different level by delivering an unforgettable show, unlike anything you have seen before. As funny as a stand up comic, and as skilled as a chinese acrobat, Ivan has appeared on MTV, America’s Got Talent, and the “Tonight Show with Jay Leno.” This is why he is a favorite among corporations, colleges, trade shows, comedy clubs, cruise ships, and on the Las Vegas Strip.

Whether Ivan is blindly kicking a flaming torch over his head, juggling ping pong balls using only his mouth, or having you laughing so hard that you should have worn adult diapers to his performance, his show is sure to delight any size audience, no matter the venue. Ivan’s show is guaranteed to change your mind about juggling. His comedy will have you rolling and his skills will have you amazed. If you didn’t love this art form before his show, you will after… or at least tolerate it…

Ivan performs for Corporate Shows, Virtual Shows, Emceeing, Casinos, you name it… He can do it. Ivan is willing to incorporate your company’s message into his show to produce an unforgettable evening for your clients. Ivan can also act as an emcee for your event.

When Ivan Pecel does a show, you get high energy and intense comedy.

Have you ever seen a man juggle ping pong balls using only his mouth? Ivan does that… Have you ever seen a man balance a flaming torch on his forehead, drop it back behind himself and blindly kick it back up over his head? Of course you haven’t… don’t be ridiculous… Ivan does that… EVERY TIME!!! Ivan’s show is overflowing with his original juggling routines combining everything from rolling a single ball around his face to actually JUGGLING an audience member to some of the most intense technical juggling routines ever assembled. Ivan’s show is guaranteed to delight you to the point of nausea!!

As far as performing goes, Ivan can tailor his show to fit any venue. Colleges, Corporate Shows, Emceeing, Casinos, Revue Shows, Cruise Ships, you name it… He can do it. Ivan is willing to incorporate your company’s message into his show to produce an unforgettable evening for your clients. Ivan can also act as a master of ceremonies for your event.

During these past crazy months when live entertainment stopped, Ivan did not!!!  He has VIRTUALLY brought his show to hundreds of colleges, corporations, benefit shows, fundraisers, team building workshops, and TV 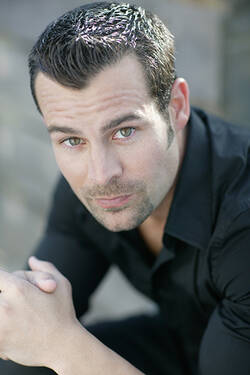 shows!!! Using his home studio as a base, Ivan can STILL entertain, engage, or emcee any virtual event that you may have!

“Ivan did 18 shows for us across the country and time after time got a well deserved STANDING OVATION. Ivan is one of the BEST performers we’ve had at our conventions… And last year we had Jay Leno.”   – Farmers Insurance Group

“Ivan Pecel was THE best. He’s talented, he’s funny, and he’s personable. Really got the crowd going. Many people said he was the best entertainment we’ve had….. and we’ve been doing this for 19 years.” – Honey Farms, Inc

Fill out the form on the right to get more information or to hire Ivan Pecel for your event.

"Your act was exciting, funny and your personal interaction with the audience and tailoring parts of the show to our company was simply awesome! We couldn't have asked for more."

“Our audience base was between the ages of 30 and 70 and we had approximately 130 guests. Ivan was able to INTERACT with and ENGAGE them no matter where they were in the audience!”

“Ivan WAS THE HIT of our awards ceremony at our National Sales Meeting in San Diego. I just received the survey back from our attendees, and 91% of the audience said he “EXCEEDED EXPECTATIONS” and 97% said he either “met or exceeded expectations”. He even beat my score!”