Derek Richard is clean comedian that has an act that is fast, fresh, and at times, fanatical. He brings the funny with tales about his blue-collar upbringing, his mom’s dog, the holidays and dating an exotic dancer.

A veteran of several USO tours, Richards was chosen as one of the first performers at Guantanamo Bay, Cuba after the base began guarding jailed Al-Qaeda terrorists. The comedy tour earned Richards national coverage in Newsweek. He also has performed at U.S. base camps in Iraq, Afghanistan, Kuwait and Africa.

You can hear him on the air via the XM Satellite Radio Network and on the nationally syndicated, Bob and Tom Show along with Bob and Sheri. He was also featured on The Weather Channel’s Top 10.

The CEMA (Corporate Event Marketing Association) organization, a not for profit organization devoted to senior level event marketing professionals, proudly selected Derek Richards as the Emcee for their annual conference, CEMA Summit 2013. Derek did an extraordinary job of Emceeing the event, by understanding and catering to the audience. He was professional, fluid with on-the-spot changes, engaged the attendees, and created an exciting environment.

Derek has performed hundreds of corporate comedy shows throughout his career. This experience makes him a perfect fit for your group or function.

The most popular feature of his show is that he will tailor the material to fit the group. Whether you want to pick on the sales manager, roast a fellow employee, or have Derek play a corporate imposter, Richards delivers humor that can be as clean or risque as your group desires. From headline performer to a host for your event, Derek will help make your function something that people will be talking about for years to come. 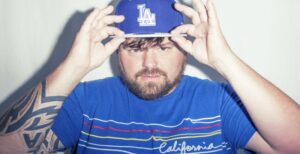