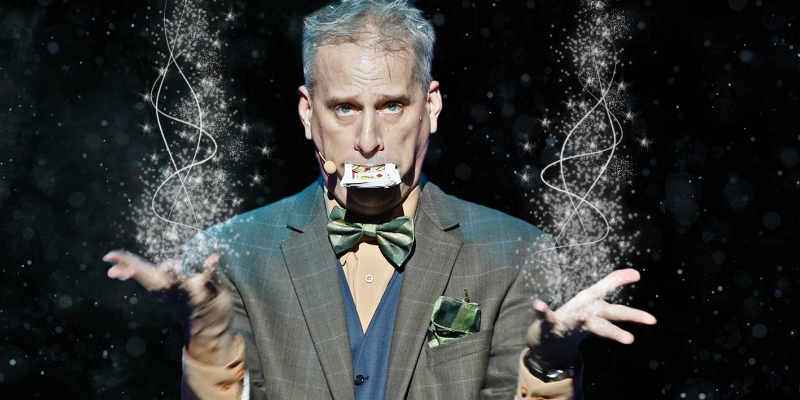 David Williamson is a corporate magician and has been touring the world for the last few years as the star of the show “The Illusionists”.  He’s an amazing magician, no one better for family audiences and has done a ton of corporate work.  He’s also considered one of the great sleight of hand performers in the world.

Considered to be one of the world’s most talented magicians, David Williamson knows the secret of capturing the imagination of any audience. A born showman and an unusually accomplished sleight of hand artist, David dazzles audiences with a unique and delightful brand of entertainment, blending heart-stopping magic with sidesplitting hilarity.

David has been featured on ABC’s Champions of Magic, where he appeared with Princess Stephanie as he performed his miracles at different locations in and around Monaco. David has also co-starred in several top-rated prime-time network specials including CBS’ Magicians’ Favorite Magicians, NBC’s Houdini: Unlocking His Mysteries, and NBC’s World’s Greatest Magic III. He was seen recently on The CW’s Masters Of Illusion TV series as well as America’s Got Talent.

As host of the United Kingdom’s acclaimed television series The Magic Comedy Strip, David’s irresistible mix of humor and skill helped make it one of the highest-rated shows in the country. He has created illusions for and performed in several commercials and has developed TV shows for Walt Disney Productions and ABC, as well as consulting for illusionists David Copperfield’s and David Blaine’s TV specials. Other network television appearances include Masters Of Illusion and The World Magic Awards special where he was named comedy magician of the year.

His best-selling magic book, “Williamson’s Wonders”, has been translated into three languages. His instructional DVDs “Sleight Of Dave”, “Dave 2” and “Magic Farm” are bestsellers worldwide.

He is also a frequent favorite Guest Entertainer on Disney Cruise Lines. David is also featured as the Ringmaster in the exciting new show Circus 1903 currently touring the world and returning to the UK for a holiday tour.

Fill out the form on the right to get more information or to hire David Williamson – Corporate Magician.