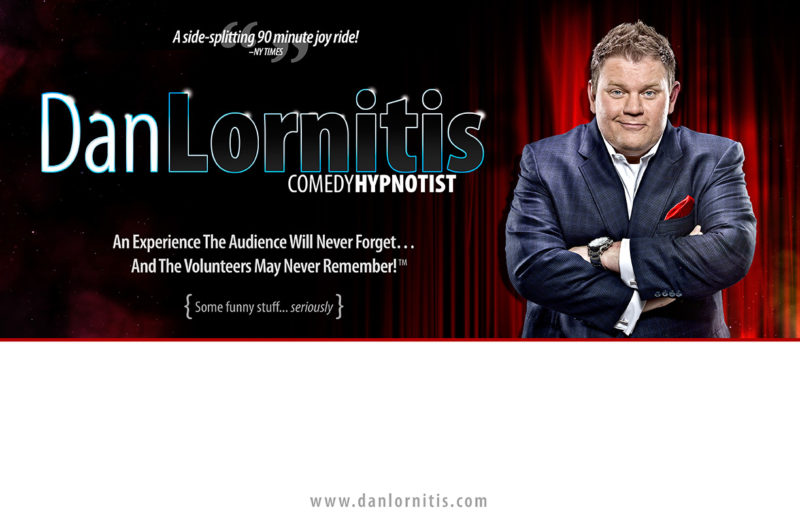 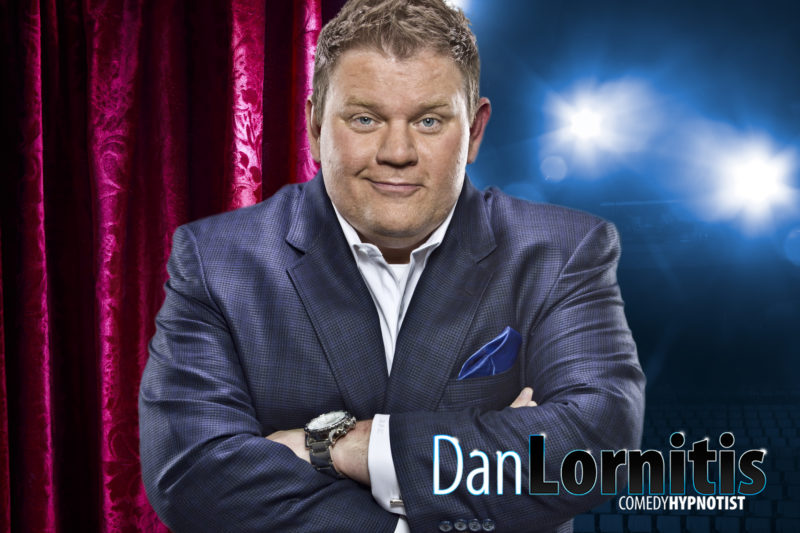 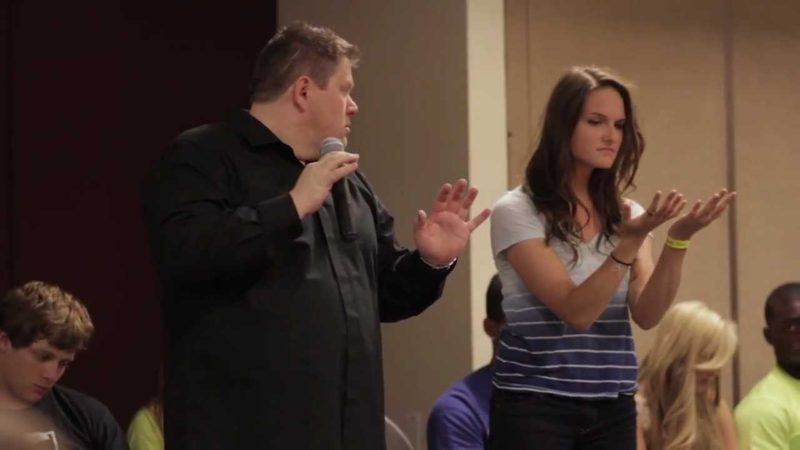 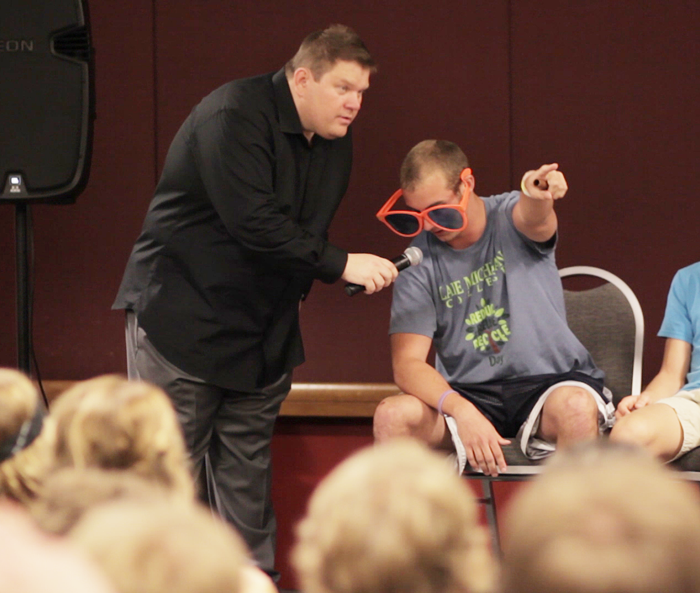 He’s hip, he’s fun, he’s absolutely hilarious and Dan Lornitis is the high-energy entertainer your group will still be laughing about days later.

Dan’s corporate and campus audiences are captivated by the enthusiasm and charisma of his hypnotic comedy entertainment.

Expect a fast-paced, good-humored, and affable performance as Dan leads his volunteers through a safe and hilarious interaction with the subconscious mind. With a few spoken words and the snap of his fingers, they slip into a hypnotic state.

His personal engagement with the volunteers creates a spontaneous atmosphere as they obey uproarious suggestions like giving mouth-to-mouth resuscitation to a stuffed bunny or talking to the President of the United States over a secret shoe phone.

It’s all in good fun and good taste, and volunteers are assured that they’d never do anything that will cross a line or be embarrassing (and if they did, they wouldn’t remember it anyway).

With more than 3000 live performances to his credit, Dan is an experienced professional who can help make your event a success.

He has opened for comedians Louie Anderson, Phyllis Diller, and “Weird Al” Yankovic, and has appeared on stage everywhere from America’s top comedy club, the Funny Bone, to on board the Carnival Cruise Line.

He’s also entertained organizations like IBM, Best Buy, Motorola, and Mercedes-Benz, and for hundreds of colleges all over the United States.

No performance challenge can throw him, and he’s always happy to tailor his act to your needs, skillfully featuring your company or campus and adding your chosen personalities, taglines, or products into the mix.