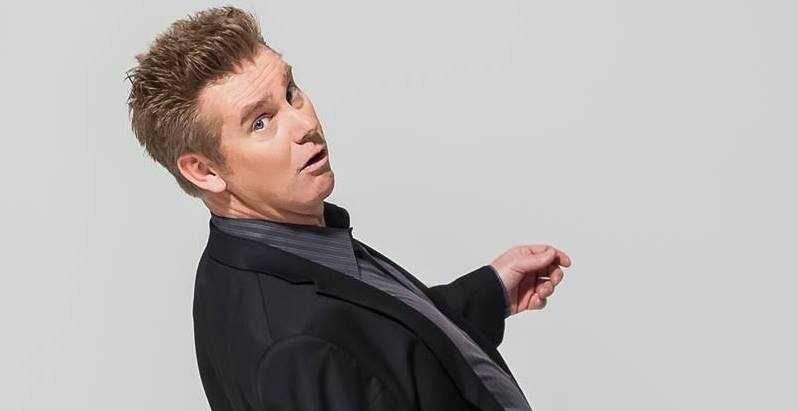 Hire Brian Regan, one of the premier clean comedians in the country for corporate events. The perfect balance of sophisticated writing and physicality, Brian fills theaters nationwide with fervent fans that span generations. Releasing two critically acclaimed hour Comedy Central specials and DVD’s in as many years, Brian has set a standard of excellence that others continually try to follow.

Critics, fans and fellow comedians agree: Brian Regan is one of the most respected clean comedians in the country with Vanity Fair calling Brian, “The funniest stand-up alive,” and Entertainment Weekly calling him, “Your favorite comedian’s favorite comedian.” Having built his 30-plus year career on the strength of his material alone, Brian’s non-stop theater tour continuously fills the most beautiful venues across North America, visiting close to 100 cities each year.

Brian returned for his third season in Peter Farrelly’s TV series, Loudermilk, which premiered on April 27, 2021, streaming on Amazon Prime. Farrelly personally cast Brian in the series alongside Ron Livingston, Anja Savcic, Will Sasso and Mat Fraser. Brian received praise for his portrayal of “Mugsy,” a recovering addict who is estranged from his family. The first two seasons of Loudermilk originally aired on AT&T’s Audience Network and moved to Amazon Prime on March 12, 2021.

Brian stars in his own Netflix series, Stand Up And Away! With Brian Regan, which premiered on Christmas Eve 2018. Brian and Jerry Seinfeld Executive Produce the four-episode original half-hour series that combines sketch comedy and stand-up.

Companies and organizations have loved hiring Brian for a variety of corporate events, not just because his show is clean, but because he is hilariously funny. He is perfect for speaking conferences, galas, fundraisers, special events, product launches and more.

Brian made his London debut on February 2, 2019 at The Leicester Square Theatre and he made his Kennedy Center debut with two sold-out shows on March 21 & 22, 2019. He appeared at Carnegie Hall on November 11, 2017 following years of performances in New York City’s finest theaters including Lincoln Center’s Avery Fisher Hall, The Beacon Theater and Radio City Music Hall. Brian’s tour has included visits to Denver’s legendary 8600-seat Red Rocks Amphitheater and the 12,500-seat EnergySolutions Arena in Salt Lake City.

In 2015, Brian made history with his stand-up special, Brian Regan: Live From Radio City Music Hall, as the first live broadcast of a stand-up special in Comedy Central’s history.

A regular on The Tonight Show Starring Jimmy Fallon, Brian is the rare guest who the show invites on for two segments: a performance segment and a segment on the couch to chat with Jimmy. Previously, Brian was a regular guest on The Late Show with David Letterman, making 28 appearances on the CBS show.

Brian made a scene-stealing cameo in Chris Rock’s film, Top Five, and he is a guest on two episodes of Seinfeld’s Comedians in Cars Getting Coffee, which is now streaming on Netflix.

Fill out the form on the right to get more information or to hire Brian Regan your your coporate event.

“He is one of my favorite, favorite stand-up comedians.”

In the fine tradition of American comics whose stuff isn't raunchy, but somehow gets people heaving with mirth, we give you Brian Regan. He's been selling out theaters for years -- notably, without the help of Saturday Night Live, his own TV show or a comedy blockbuster.

“Brian Regan is one of my favorite comedians ever. He is unbelievably funny.”

Brian Regan can turn the most mundane situations - like going to the eye doctor to get fitted for glasses, or trying to decide how many fig newtons to eat in one sitting - into side-splitting stand-up material.

"Brian Regan has been blazing a trail of laughter over the past few years and it’s even more amazing when you realize he doesn’t need to be shocking or dirty to get a laugh. But what’s interesting is that most people won’t even realize this until the end of the show when they think, “Wait a minute. There isn’t one joke of his that I couldn’t tell my boss or my kids.”