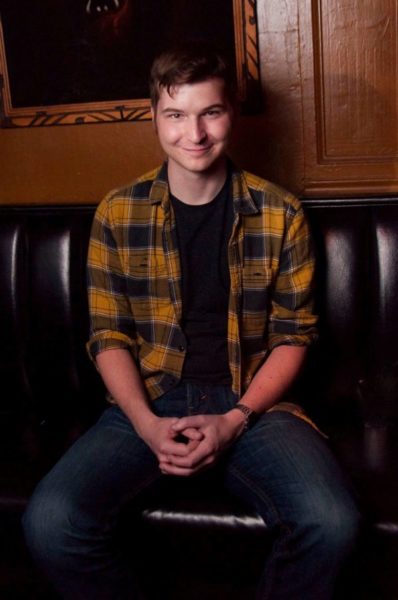 Has appeared on Conan!

Hire Brad Wenzel, most known for his offbeat, one-liner comedy. His youth, unique writing style, and dry delivery set him apart from many up-and-coming comedians. Audience members have told him he sounds like Bill Clinton, Jimmy Stewart, and JFK. In short, he sounds weird. KnightArts.com described his act as, “not so much clean in content as very wholesome in its delivery.”

Where Brad Wenzel got his start?

Brad began doing stand up in the Fall of 2010. After being successful in a number of local contests, he got his first taste of national success in 2012 when he was selected by Ricky Gervais as a finalist in the Conan Jusy Sayin’ Contest. In 2013, Brad made his festival debut at Laughfest in Grand Rapids, Michigan.

Who has Brad Wenzel shared the stage with?

Later that year, he took first place at The Cleveland Comedy Festival. 2014 has been going well for Brad. This year, he has performed at the Limestone Comedy Festival, was a finalist in Funny or Die’s Road 2 Oddball Contest, and was one of the New Faces at the prestigious Just For Laughs Festival in Montreal. Brad has opened for Brian Posehn, Kathleen Madigan, and Gilbert Gottfried.