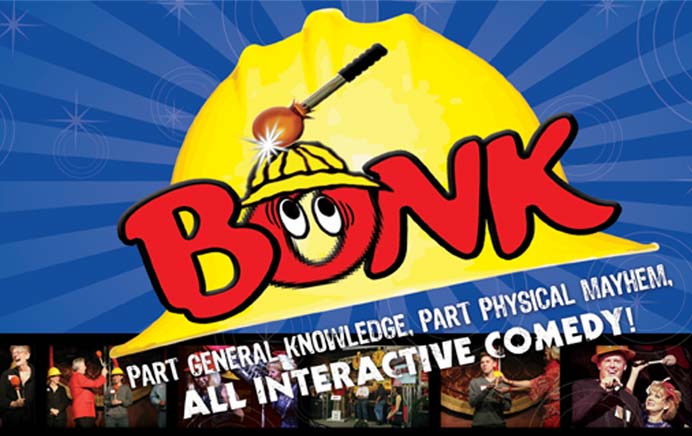 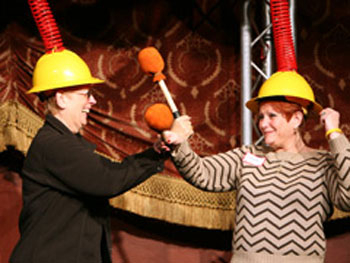 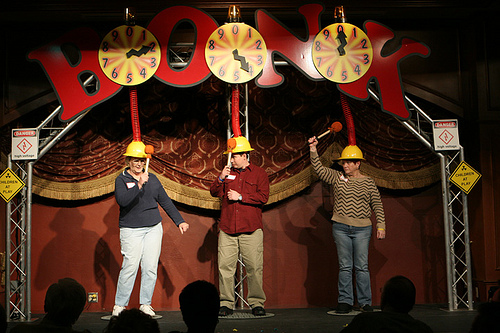 Book Bonk the Game Show for your next event!

Looking for something new and unique for your next special event or trade show?  Do you want to have an interactive experience which is company and family friendly in which YOUR attendees can be the stars of the show or draw large trade show audiences?

Welcome to the BONK comedy game show that is taking interactive and customized comedy, special event entertainment, corporate entertainment and infotainment to new heights. BONK has been highly successful in showrooms on the Las Vegas strip including The Luxor Resort & Casino and Hooters Casino Hotel with the new  show opening in May 2008 at the Planet Hollywood Resort & Casino. Creative production has started for Comedy Central TV in Canada and PepsiCo is sponsoring the show at the Funny Bone Comedy Club, but NOW is your time to experience it live at your next special event.

The BONK Show is a great fit for your next company meeting, incentive trip, sales or team meeting, trade show, teamwork programs, educational game show, awards banquet, annual meeting entertainment or most any special event entertainment where clean comedy and fun is a must.

What is Bonk the Game Show?

An incredible team of professional comedy writers, including those from NBC’s Seinfeld and producer of the Fox show Comic Strip Live, created this new form of a comedy game show without the wimpy buzzers. That’s right NO BUZZERS! In order to “Bonk In” contestants must Bonk themselves on the head or strategically Bonk other contestants on the head to force an answer. And don’t expect normal trivia questions from our team of writers as the trick questions, stunts, sing-alongs with our live piano man and even audience dances may entail to have someone crowned the BONK Show champion and all the fanfare that comes along with it.

Bonk is easily tailored to fit your needs and time frame. With four professional writers and comedy entertainers on staff (see about the cast) we will work with you to customize the format, questions and prizes to suit your special event and audience to ensure a memorable and successful event.