Celebrity Comedians – What Do They Cost?

We get calls all the time from corporate groups wanting to know what celebrity comedians cost for their corporate event or Fundraiser. Usually, their desire for hiring a celebrity comedian is understandable – they want to add some sizzle to their event and create a wow factor by having a name that everyone will recognize. Everyone wants to know what comedians charge.

What do Celebrity Comedians Cost?

Sometimes the group wants to hire a celebrity comedian in an effort to drive attendance to their event, and sometimes they just want to book an act whose material everyone is familiar with. Whatever the reason, a lot of groups share one thing in common – they have no idea how much hiring a celebrity comedian costs; or they think they know how much it will cost, but their estimate is way off.

Booking a celebrity comedian may cost more than you think

While there may have been a time when $25,000 or even $50,000 might have gotten you a celebrity comedian at your event, that day has long since gone. Typically, to hire a comedian that is a true household name you’re looking at a price tag of $75,000-$100,000, and often times more. In addition to the act’s fee, it’s standard for the purchaser to cover the cost of transportation (both first class air and professional limousine ground transportation) as well as complying with the act’s rider requirements which often specifies the type of production required.

Does this mean there are no good or recognizable comedians available for less than that? Absolutely not. There is great talent available in nearly every budget range (and a comedy booking agency can help you find the best talent for your budget). It’s often possible to get someone who’s appeared on and/or won Last Comic Standing or someone with credits that might include having had a special on Comedy Central, appeared on Leno, Letterman, Conan, or simply established him or herself as an outstanding act in the corporate market.

What do I do if I can’t afford to book a celebrity? 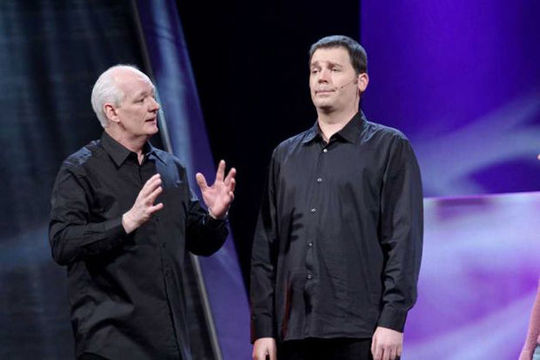 So where does that leave you, the purchaser, if you have the budget to hire a celebrity comedian or want to see who you can get with the budget you have? You can try and navigate the world of celebrity by yourself, or you can contact a reputable comedy booking agency to assist you. The advantages of working with a comedy agency are numerous.

A comedy booking agency will know which acts fall into which price brackets. They’ll also have inside knowledge about what the comedian’s “real” price and be able to provide insight about the amount you should offer. In addition , they will be able to facilitate the offer and handle the contract details, specials requests, negotiations, etc. The amount of time this leaves you free to focus on other event details is priceless.

Also, they will know which comedians are appropriate for the corporate market. Groups often have an idea of who they want, but don’t know that the particular act they want might have a routine that contains profanity or other potentially offensive material.

A comedy booking agency books thousand of dates a year. To celebrity comedians and their management, the buying power an agency has over a single corporate group wanting to hire talent is immeasurable. This can often translate into significant savings for you. They know what Celebrity Comedians cost.

Last, but not least, it saves you a lot of time and headache.