For the past six years, Funny Business Agency has had the privilege of working with local Grand Rapids radio station 101.3 ‘The Brew’ to bring in national comedians for their annual craft beer festival, The BrewHaHa, at The Delta Plex Arena.

This was their 9th festival that featured 40+ breweries, 100s of craft beers, as well as ciders and spirits. 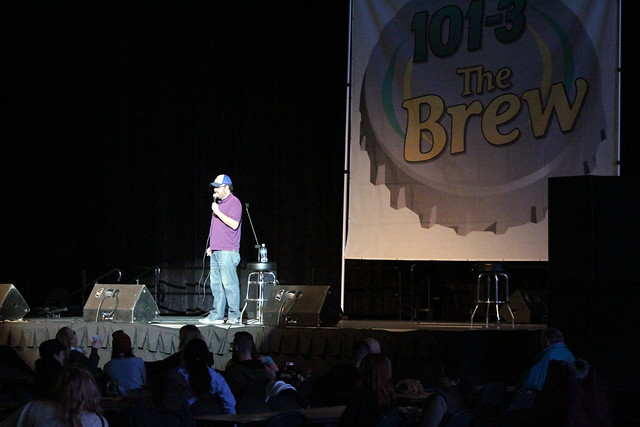 This year, Friday night was hosted by Grand Rapids native Ben Wilke and featured headliner Dave Waite who was been featured on Late Night with Jimmy Fallon, Comedy Central’s Not Safe with Nikki Glaser, and NBC’s Last Comic Standing. Following Dave was a performance by Grand Rapid’s ‘Rapid Delivery Improv.’ After that is was the final headliner for the night, Brian Scolaro who has been on CONAN, had his own Comedy Central Presents Special, and appearances on TBS’ Sullivan and Son.

Looking to book comedians for your own Beer convention, expo, festival or BrewHaHa?