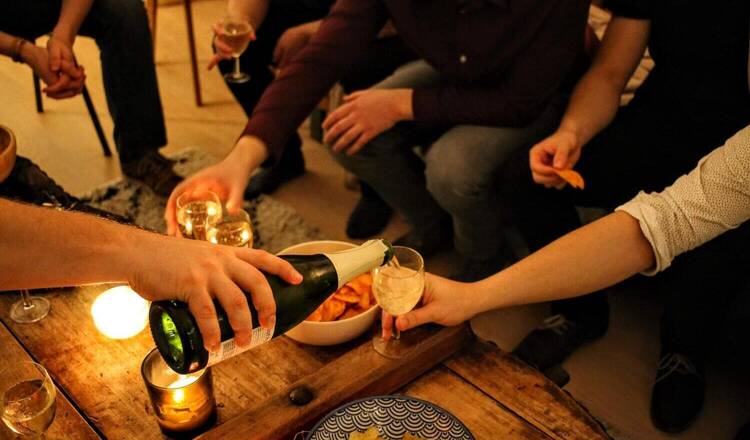 It’s never too early to start planning your next holiday party. In fact, many businesses plan them a year in advance. Why? Because advanced planning is the only way to make sure you can book the best venue, entertainers, etc. to make your shindig a smashing success!

If you’re in planning mode, you’re probably wondering what the best holiday party entertainment ideas are. After all, top-level entertainment is the key to having a fun, memorable event that your employees and/or colleagues remember for years to come.

Below we’ve listed five amazing holiday party entertainment ideas for you. The best part is, each idea will work for a virtual or in-person affair. Let’s take a look…

Ben Seidman seamlessly blends magic, stand up comedy, and real-life stories into a wildly entertaining show. He is so entertaining, in fact, he’s been featured on the Travel Channel— not once, but twice—and will star in Netflix’s new show “Brainchild”.

When it comes to corporate entertainment, Ben has performed for some of the biggest organizations in the world including Facebook, Wells Fargo, and the NBA.

Book Ben Seidman for your holiday party and let his natural energy and playfulness sweep your guests off their feet and into his one of a kind performance.

Oh, you’re looking for out-of-the-box holiday party entertainment ideas? Then you can’t go wrong with Michael and Amy and their dueling piano performance.

This award-winning duo’s act is chock-full of music, of course. But Michael and Amy also blend in a healthy dose of comedy and audience participation to make sure their audience has the time of their lives. This is why they’re regularly hired by Fortune 500 brands.

We should also mention that this dueling piano performance is clean, which means your guests will be able to bring their kids to your holiday party without reservation.

Michael Harrison has been described as a “one man tour de force.” That’s quite a title, but it’s not even close to as impressive as this: Michael’s act is so entertaining, Disney, the largest entertainment company in the world, has booked him for more than 20 straight years!

You can book Michael for your in-person or virtual holiday party, too. If you do, you’ll get 45 minutes of incredible talent, laugh out loud comedy, and audience participation. Seriously, you never knew that ventriloquism could be this fun.

Sometimes the best holiday party entertainment ideas are the simplest. If that’s how you feel, consider booking Andy Hendrickson, a clean comedian who’s performed for Google, LinkedIn, Gap, and Zoom Inc. He’s also been a guest on David Letterman and the Late Late Show.

If you book Andy, you won’t have to worry about off-color jokes. You’ll just get an evening full of laughs, clever quips, and top-notch entertainment.

Andy is available for both virtual and in-person performances and will adapt his routine to your specific audience. How great is that?

The Evasons are some of the most respected mentalists in the world. What’s a mentalist, you ask? A performer who appears to be psychic and has the ability to read minds. As you can imagine, The Evasons leave audiences breathless with their talent.

This is why they’ve appeared on networks like NBC, CBS, FOX, and Netflix. They’ve also performed for mega-brands like American Express, who said:

“The entire audience was in awe over your show which helped make this the most upbeat and motivational end to a year that I can remember. I would have no hesitation recommending you for any corporate event”

Book The Evasons, one of the best holiday party entertainment ideas available, and give your guests something truly amazing to witness.

Holiday party entertainment ideas don’t have to be boring! Book one of the five acts above and your end-of-year get-together will be the best you’ve ever thrown!

Fortunately, booking these performers is a piece of cake. Contact Funny Business Agency and we’ll connect you with the perfect performer for your unique audience and budget.